Camping and Pictographs on Stansbury Island

Large number of pictures alert!  The pictures are in the reverse order of what we actually experienced, so I'll break this down into 3 parts that more or less correlate with the pictures. 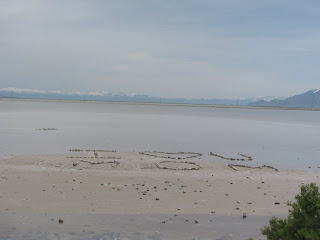 We thought this picture was appropriate since it was Mothers Day on Sunday. 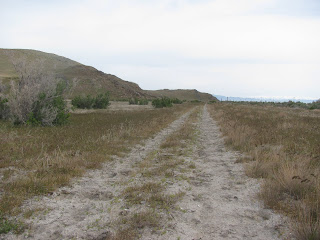 I had heard several times that there were petroglyphs on Stansbury Island.  Since I'm always looking for somewhat obscure and out-of-the-way places that are cool to visit, Stansbury Island really appealed to me.  We planned our visit, and since it's an hour drive from the Salt Lake City area, decided that camping would give us more flexibility while out there. 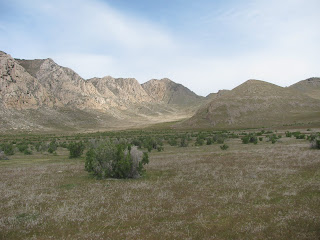 I searched for any information I could find about camping on Stansbury Island, but all I could find was that it's allowed.  So, armed with the limited information, we set out. 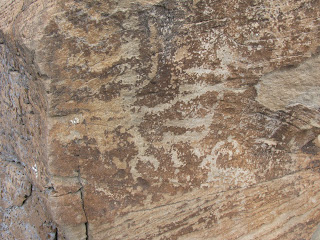 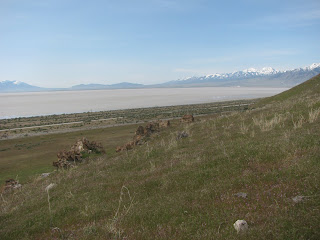 We drove to the North end first to see what it was like.  It's a beautiful, desolate drive.  The geology of the island is pretty cool.  Once at the north end, we parked to read the sign and to throw some rocks in the lake. 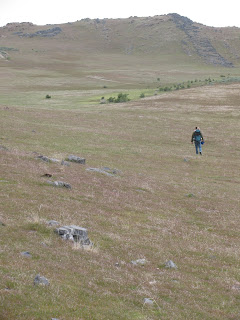 Shortly after we got out of the car, we were swarmed with gnats and mosquitoes.  We threw a few rocks in the lake, then did our best to beat off the bugs as we ran for the car.   The one thing we didn't pack was bug spray.  I thought it was early enough to beat the bugs, but was wrong.  Painfully wrong.  The gnats were the worst.  They're little and have super itchy bites.  My head still itches 3 days later. 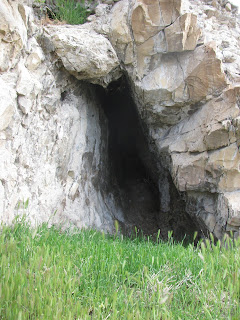 If you go, be sure to bring bug spray!  We debated about driving back to Tooele to pick some up, but decided not to. 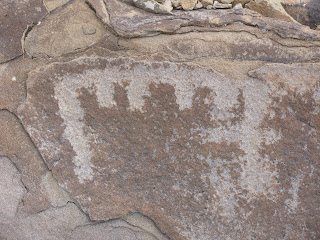 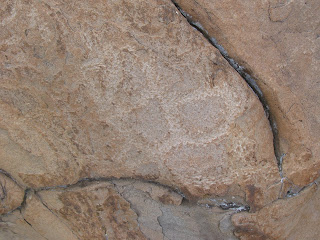 After camp was set up, I took a hike up the hill to take some pictures.  After taking several, I wandered back down the hill and turned in for the night. 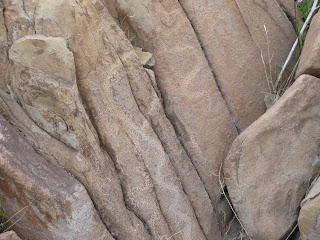 The next morning, we got up, boiled water for oatmeal, then set out to find the petroglyphs on the south end of the island.  There's a maze of roads down there, many of them fully drivable with a 2wd/low clearance vehicle.  Some though are definitely better with higher clearance. 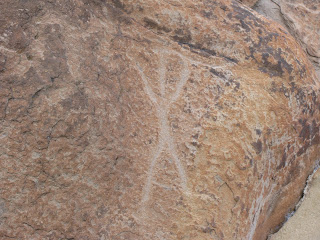 We drove as close as we felt comfortable, then set out on what would become a 5 mile or so hike. 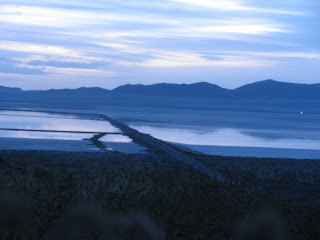 The petroglyphs are faint and unspectacular.  But just finding them out here was a treat. 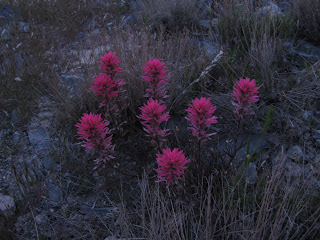 We found two separate areas that had them. 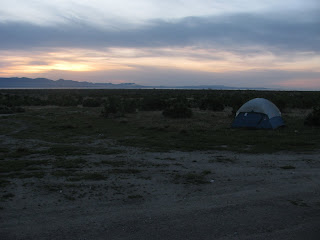 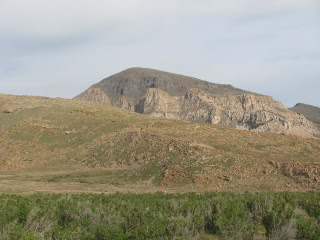 The second area was on a boulder next to a road and had a bighorn sheep, a person, and several lines. 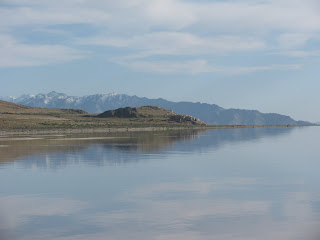 After finding the boulder, we headed back to the car.  We had wanted to hike a peak on the island, but the little one was tired and the bugs were irritating, so we decided to wrap up the visit. 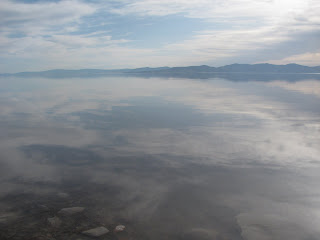 Time Needed: 3 hours to hike to the petroglyphs
Difficulty: Moderate
Kid Friendly: Probably not. Too many bugs, & pretty much no shade.
Additional Info:  Take Exit 84 and turn North from I-80.  Then pretty much follow the signs to the island.  It's more of a peninsula right now because the lake generally isn't high enough to turn it back into an island.
Posted by Ben at 11:38 AM