Saturday was snowy again. We had planned on hiking with friends, but the plans changed due to the snow. Instead, we drove to Salt Lake to see a few museums. 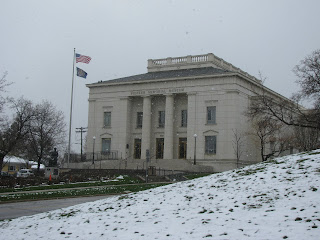 Unfortunately the DUP Museum doesn't allow photos to be taken inside. If it did, we would have taken pictures of a lot of cool things, such as a 2-headed lamb, John Rowe Moyle's wooden leg, an old fire engine, and lots more. It goes way beyond Mormon history and is really neat. The photo department was closed, but I'm sure some people would be interested to know that they have a photo library of hundreds of pioneers, and they are willing to make copies of photos that you ask for. There's a book that lists names of every individual that they have pictures of, so if you're from the area and interested in old family photos, they might be able to hook you up. Our next visit was to the Salt Lake Art Center. If you haven't thought of visiting there, it's not to late to leave it off your list. If you have wanted to see what it's all about, trust me, you don't. I thought it was quite a waste of time. I know everyone defines art differently and to me art is intrinsically tied to beauty. If you don't have beauty, you don't have art. The Salt Lake Art Center has quirk, but certainly not beauty. Some people would call putting a sand castle on your head, sitting on a stool, then spinning around creating art. They've even videorecorded the production. To me it's creating a mess. Some people classify art as creating a double-wide trailer for Barbie dolls. I call creating a diorama with doll toys a 5th grade assignent. If you're in the first group, the Salt Lake Art Center might be for you. If you're anyone else, just walk on by. 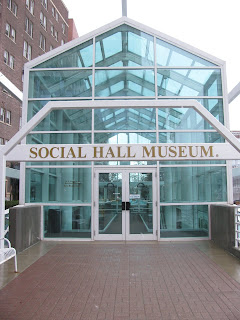 The last museum we visited was the Social Hall Museum. I've passed by it literally hundreds of times before, but never stopped to look at it. It's in this funky all glass building that leaves you wondering what's there. 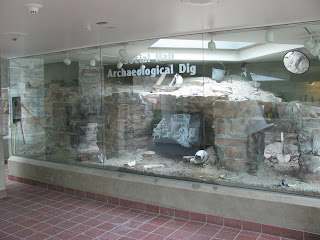 There's not much inside, but a few exhibits on the old Social Hall. Apparently the ruins were re-discovered during a construction project, so they stopped the project and had an archeological dig. 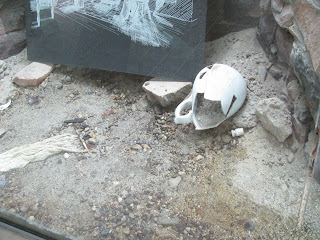 The dig uncovered several old artifacts and the foundations of the old Social Hall. It's not worth an exclusive trip to see, but if you're in the area it's a neat little visit. 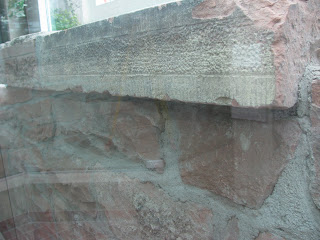