Trilobites in the desert

A few weeks ago, we tried to search for trilobites in the Wellsville Mountains north of Brigham City. Unfortunately, accessing the site required crossing private land and we were unable to get permission from the landowner. Even though we weren't able to go then, we received an invitation from Val Gunther to accompany him on a trip he was taking to look for trilobites west of Delta. We jumped on the chance. Not only would we be able to go with someone who knew what they were doing, we knew that it would be the closest thing to a guarantee we would ever get to find fossils. 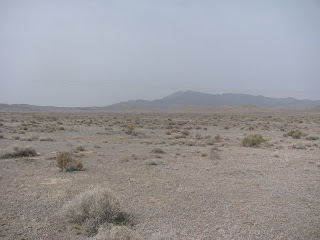 We left after work on Thursday and made good time, reaching Delta at 7:30. We topped off our tank, then continued onward toward our final distination. Speaking with Val, he said they'd encountered a few setbacks and wouldn't roll in until midnight. Ultimately, they decided to stay the night in Provo and made it out about 8 the next morning. 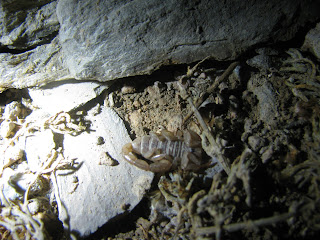 We arrived at the campsite about 9:00 and promptly set up the tent. My wife worked on putting our daughter to sleep, and I looked around a little bit. There were several nearby piles of shale from past digging, and I found a few trilobite shards. Sweet. This was going to be a good trip! I also found a little scorpion underneath one of the shale pieces. 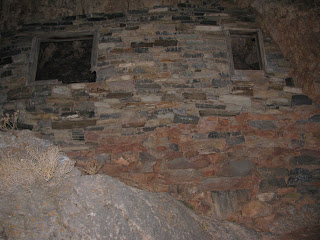 That night it got down to about 20 degrees or so. BRRR! Since it was the first camping trip in 5 months, the little one was having a hard time. We ended up getting up early and going for a drive to find the Hermit's House in Marjum Pass. The hermit cave was pretty cool, but a little different than I expected it to be. If you're in the area, it's worth a visit. 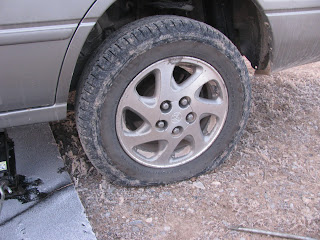 We pulled back into camp, and promptly got a flat tire. I quickly changed it, and was glad that we have a full size spare rather then a donut tire. First flat tire in this car in 4+ years of driving it. 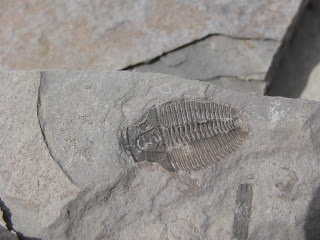 Val & his son arrived shortly after we finished breakfast. We wandered over to a nearby quarry and started splitting shale. We found a few trilobites before deciding to start working on some other outcroppings. 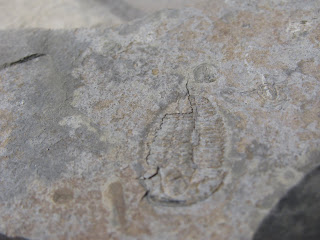 For the next several hours we drove to several quarries and outcrops to look for trilobites. We'd determine the species and save the information for use on a GIS project to map some of the trilobite beds. 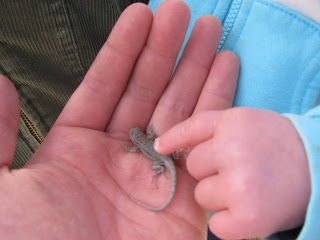 We stopped searching for a bit to catch a small lizard that was warming in the sun. 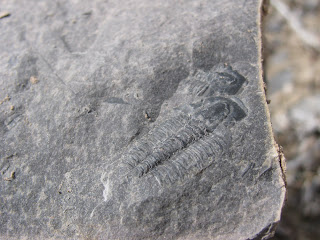 We found lots and lots of trilobites. Some were in decent shape, others were just pieces. 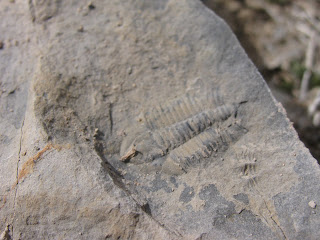 It was fascinating to see the size differences between different specimens. Some were barely 1/4 inch long, while other fragments were over 2 inches long. 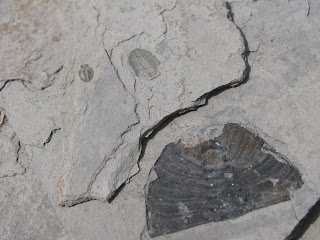 Over the course of the day, we only saw one other vehicle that wasn't in our group. There's a lot of country out there! It's pretty desolate, but at the same time beautiful. 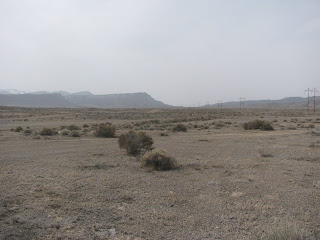 After packing up the tent, we gave it one more shot to find a few more trilobites before heading home. What a super day. 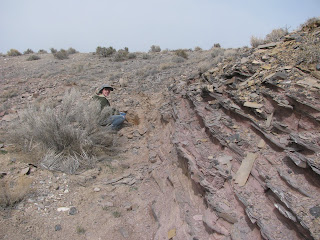 On the way home, we got stuck in a traffic jam in Delta, and wondered about the Millard County Cosmic Ray Center. Any ideas what it does? 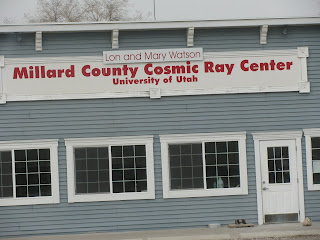 We also stopped by the old charcoal kilns in Leamington on the drive. There used to be 4 of them, but now there are only 2. It was fascinating reading about making charcoal. 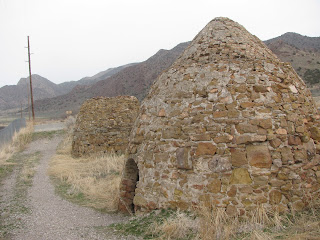 All-in-all it was a great trip. I wish we had more time to spend in the area. I'll be back for more rockhounding. The next time I come out this way I hope to hit up Sunstone Knoll, Topaz Mountain, and the Dugway Geode Beds in addition to looking for trilobites.