The Coral Pink Sand Dunes are a large southern Utah dunefield. They're located between Zion National Park and Kanab, a few miles north of the Arizona border. We stopped by one afternoon in mid-January and had the place to ourselves. 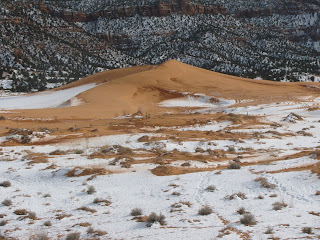 The sand is fine-grained and other than the cold, it felt quite good to take our shoes off and walk in it. We spent several hours wandering around, sliding down the dunes, and enjoying the afternoon. The best places to play were out on the dunes, away from the brush and vegetation around the edge. 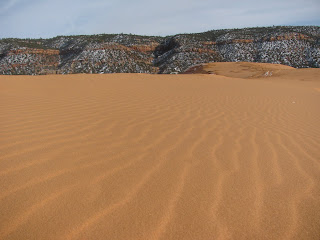 Close to the edge had several smaller details that were very artistic. We saw numerous footprints from small mammals, a trackway from a crow, and etchings on the sand from branches that had been blown by the wind. 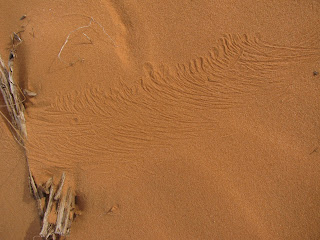 On the way back to the highway, we passed a dead deer that had a flock of crows and a bald eagle were feasting on. The eagle flew to a nearby tree to await our passing. We watched for a few minutes, took a few pictures, then continued along. 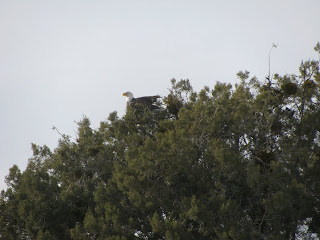