The Wedding of the Rails

We took a trip out to Promontory Point to see the completion site for the 1st Transcontinental Railroad. There's not much out there! The site itself is pretty cool though. There's a museum and other things to see, and if the engines aren't out, you can always ask to go visit the roundhouse.

We had to ask to visit the roundhouse. The Jupiter and the 119 were inside getting worked on. One of the engineers came by and gave us a close-up look. 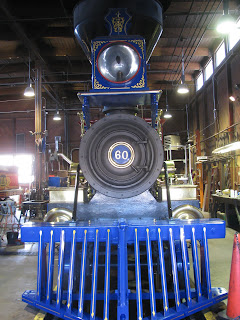 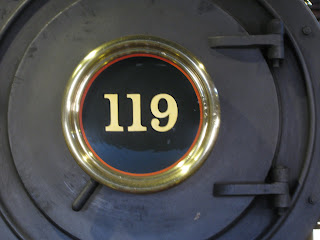 After seeing the engines, we drove out to do a short hike to the Big Fill. The crews from the Central Pacific and Union Pacific graded past each other, one making a trestle to the south of the big fill, the other taking longer to complete the big fill. After the rails were completed, the tracks were re-routed from the trestle to the fill. 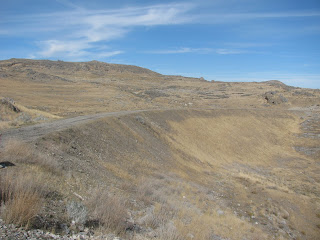 We found several interesting things on our hike. The first one was an old nut from days gone by. Possibly from a train that went through. After taking pictures, we put it back on the ground for others to enjoy. 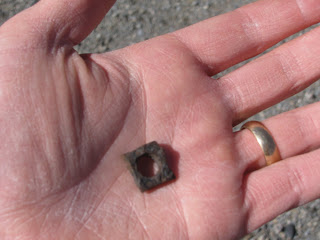 The second thing was also pretty small. We noticed a bunch of small circular rocks of uniform size on one of the grades. A closer look revealed countless fossilized shells, probably leftovers from Lake Bonneville. 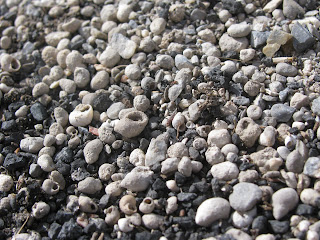 We also did the eastern scenic drive along the railroad grade to the Chinaman Arch. It's a short detour, but the arch makes it worthwhile. At first it appears that there's not much out there, but having been there I can say there's more than meets the initial glance. 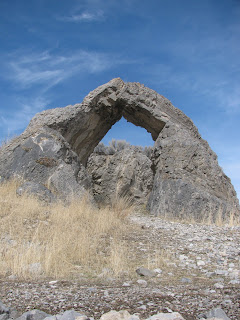