The Black Widow Outside

We had a spider move in last week. Actually, it didn't move in with us, but it moved in right outside our window. We watched the black orb spin a web in a corner by the window, and determined that our new neighbor was a black widow. Since we didn't exactly want a black widow outside our window, we decided that it needed a new home. Actually Ashley told me to smash it. She tells me not to smash spiders any other time, but the moment one that's actually cool moves in she says to smash it. Whatever.

I decided to relocate it, so I caught it in a cup, took a few pictures, then let it go in the grass far away from the house. You can see the spider best in the first picture. If you look closely in the middle of the second picture, you can see the red hourglass on the underside. Sweet! 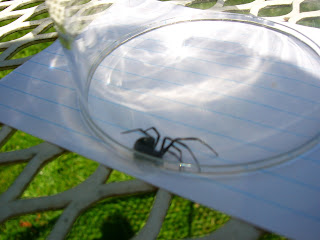 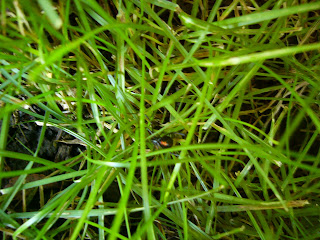