Camping up Pingree Park & Tubing on the Poudre River

Friday night we took off for the hills. It had been raining earlier, so we were mildly concerned about how wet it would be for camping, but excited because we knew the rain would deter several others from crowding the forest. We went up Poudre Canyon to the Pingree Park road. We turned off and drove along until we found what looked like a decent campsite. Well, decent for car camping anyway. (P.S. If you're the guy in the maroon car that arrived sometime after dark and set up camp with your headlights on and left your trunk open after you went to bed- it had a 12 pack of beer in it if you need help remembering. Anyway, next time, try to leave to go camping earlier, and at least have the decency to camp in a campground, or if not, at least don't be within a stone's throw of the people who arrived earlier and are slumbering peacefully. We at least thank you for not having your radio thumping.) 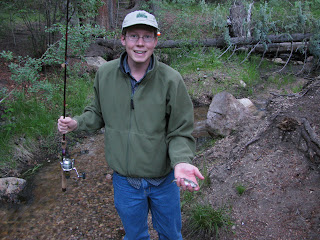 After we set up camp, we looked in the little stream nearby and saw a few little fishies. I tied on a little fly and fooled one of them. We then cooked dinner, built a fire, and enjoyed the evening. As the dark surrounded us, we looked up at the stars and loved how many there are. After we got home, we found out that there was supposed to be a meteor shower that night. We missed it, but when you've got a pregnant wife bedtime comes earlier. 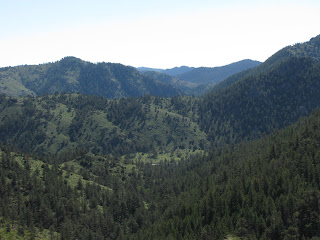 The next day we went on a little hike in Young's Gulch. It's one of the many canyon trails up the Poudre. There's a creek that the trail follows. It's pretty, but not that pretty at the same time. To me, the abundance of people and dogs definitely detract from the otherwise average hike. 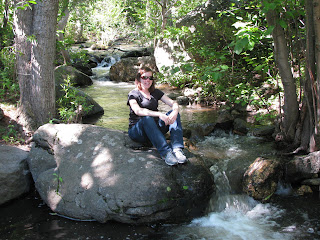 We got home mid-day and thought that it would be fun for tubing on the Poudre. We changed into our swimming gear, and headed for the river. We started where the river goes under Shields, and floated almost all the way to College. We got out right about the second footbridge we floated under. It was super fun. There were a few parts that we had to paddle our way into the best part of the current to avoid logs and trees, but the float was pretty mild. It was much better than one of those lazy rivers that they have at waterparks. 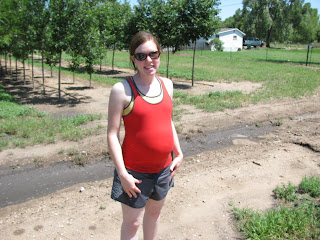 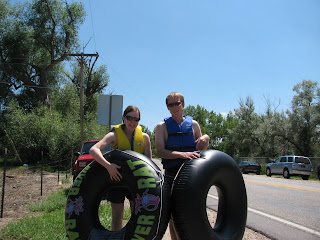 Nearest City: Fort Collins, CO
GPS Coordinates:
Time Needed:
Difficulty: It depends on your wife's attitude and if she likes camping. For me- easy.
Kid Friendly:
Additional Info:
Posted by Ben at 11:47 AM