So it was Ashley's turn to post something, but she doesn't know what to say. Bah- humbug I say! She has a lot to say, but doesn't know how to quite say it. If I were Ashley and writing this post, I would start out by saying how flirty my husband is and how much I love him. Then I would proceed to tell everyone how he had made me breakfast in bed on Valentine's Day- pink pancakes kindof shaped like hearts (then I'd say in parenthesis like this: nice try honey!) with strawberries and whipped cream. Then I would say how tasty everything was- even the strawberry milk that was a little too sweet.

Ben has been telling me how fun snowshoeing is for a long time, but we never had gone. Last week we decided that this was the weekend for it. Since Ben has a pair of snowshoes, we borrowed a pair from some of our friends for me, and headed up the canyon to go snowshoeing! We drove up and up and up. Then we drove some more up. Where is the snow? Where is the beautiful Colorado snow I say? It is not here, it is not there, I wonder if it's anywhere! We had to drive for over an hour to get to snow. That's the first and last time we will go snowshoeing this winter- it was really fun, but it's too far of a drive.


Anyway, I think that's a good start and Ashley can know what to say now.


Hmmm... okay. Thanks for the good start Ben. Well, first off, the pancakes were really tasty and cute. I especially liked being woken up with them since the night before we had been on a hot date down in Denver and gone to a fancy restaurant then gotten home super late. So, he let me sleep in :). I have the best husband ever! I love you Ben!


Then as Ben said, we went snowshoeing! It was a lot of fun... but a lot harder than it looks! I kept making Ben stop to let me rest... it is crazy how far down you still sink even with the snowshoes on. Although it isn't nearly as far as you would sink without them on. Ben was cute and brought Hot Chocolate and snacks for our wanderings in the snow. And they sure did give us energy and keep us warm. It was a great day! 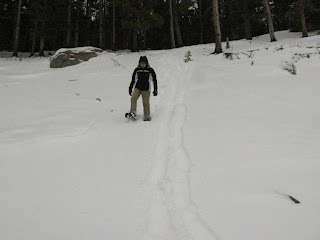 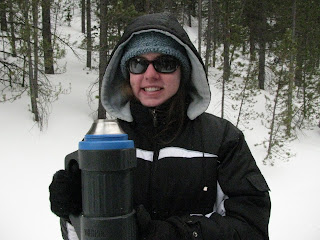 There is nothing like Hot Chocolate to warm you from the inside out! 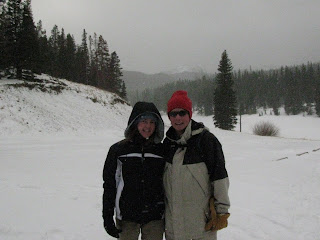 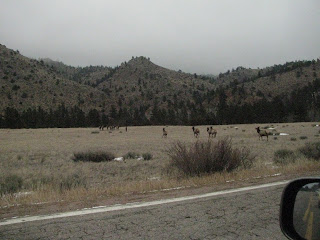