Winter has officially arrived! Yay! Ben says, "We can regretfully say that winter is here"- he just doesn't like it when it is freezing but without snow... but today we got snow! Probably just an inch or maybe two. Not quite enough to build a snowman yet, but hopefully it will get deep enough soon. 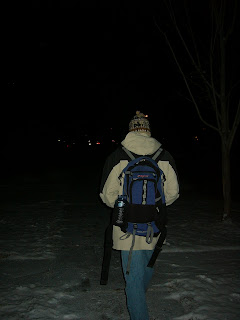 Ben has to walk to school, barefoot in the snow, uphill both ways-- poor guy :) At least he has some barbed-wire for traction.

The other night Ben decided that we could finally go downtown and enjoy the Christmas lights (Thanksgiving is over). So, we headed out and the lights were beautiful. The arrangement of lights and hanging patterns were a lot different than Temple Square, which is mostly what we are used to. All of the lights were the white LED lights and were pretty widely spaced which led to a twinkling stars look. Beautiful! I am positive we will walk down there again soon! Also, while we were out we got to see two little reindeer! 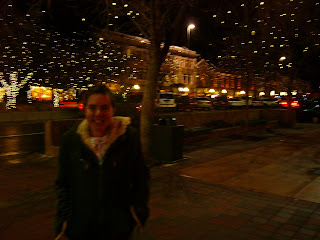 A fuzzy picture of me with the lights behind 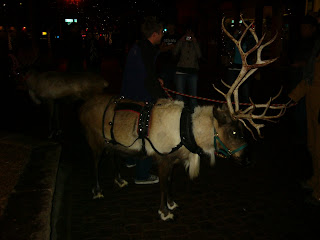 Email ThisBlogThis!Share to TwitterShare to FacebookShare to Pinterest
Labels: Free in Fort Collins