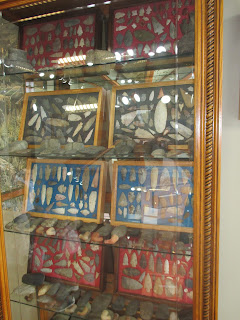 They had animal displays, a baby mammoth, and an aquarium.  Where the museum really shined though was their arrowhead display.  They had an abundance of arrowheads, spear points, stone axes, and other items that had been discarded by the tribes of the area. 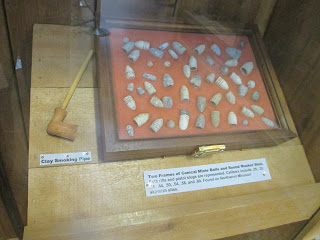 They also had an exhibit of local history, which included bullets and other items lost in some Civil War skirmishes in the St Joseph area.  It was fascinating to learn about the history and see the artifacts.
One of the connections I was able to make concerned Fort Buenaventura in Ogden, Utah.  Joseph Robidoux was a fur trader and the founder of St Joseph.  Joseph Robidoux and his family were uniquely tied with the settling of the west, because many of them were early trappers and mountain men.  In fact, the Robidoux clan founded a string of forts and trading posts across the inland west, including Fort Buenaventura, later to become Ogden, Utah.