When we planned our trip to Arkansas, high on the list of things to do was visiting Civil War sites.  Most of the Civil War sites in Arkansas are in Northwest Arkansas, including the Pea Ridge Battlefield.  Pea Ridge is the most notable of the Civil War battlefields in Arkansas and is now preserved as part of the National Park Service.  It is was the Union victory at Pea Ridge that preserved Missouri as part of the Union instead of falling under the control of the Confederates.
We stopped by on a Monday morning after a few detours and back road diversions.  Don't be stupid like we were- follow the signs to the Pea Ridge Battlefield instead of the those directing you to the town of Pea Ridge.  We arrived eventually!  The visitor center is small but well done.  There are numerous exhibits and artifacts displayed from the battle, and a good explanation of why the battle happened where it did.  Essentially, the battle was fought along the Telegraph Road that lead from St Louis, MO to Ft. Smith, AR.  Control of the road would determine who would be able to control Missouri- the Union or the Confederates. 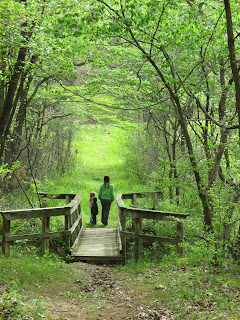 There are several walking paths in the park and a scenic drive.  The drive goes by many of the most important skirmishes in the battle.  I recommend doing the drive and stopping at all of the turnouts to read the signs.  We stopped and walked down the path toward the ruins of Leetown, but didn't see much there other then a few foundation holes. 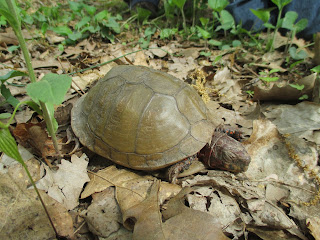 The highlight from our short hike was the box turtle we saw along the trail.  It was still slightly chilly out, and it had crawled around to find a sunny spot to warm up.  The kids really liked looking at it and seeing the box turtle.  We spoke to a ranger at the visitor center who said that they're the most active before it rains. 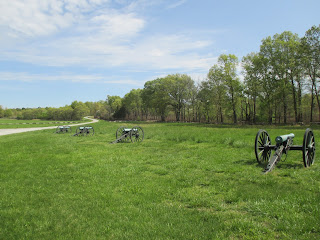 It was a sad and inspiring site to see the cannons lined up in the fields at Pea Ridge.  It's a great spot to visit to get a better understanding of the Civil War west of the Mississippi River.  After Pea Ridge, the fighting in the west was largely over, although there were still a few smaller engagements.  The west was secure for the Union, and the war would be determined by what happened in the east.