Chief Joseph and the Nez Perce at Fort Leavenworth 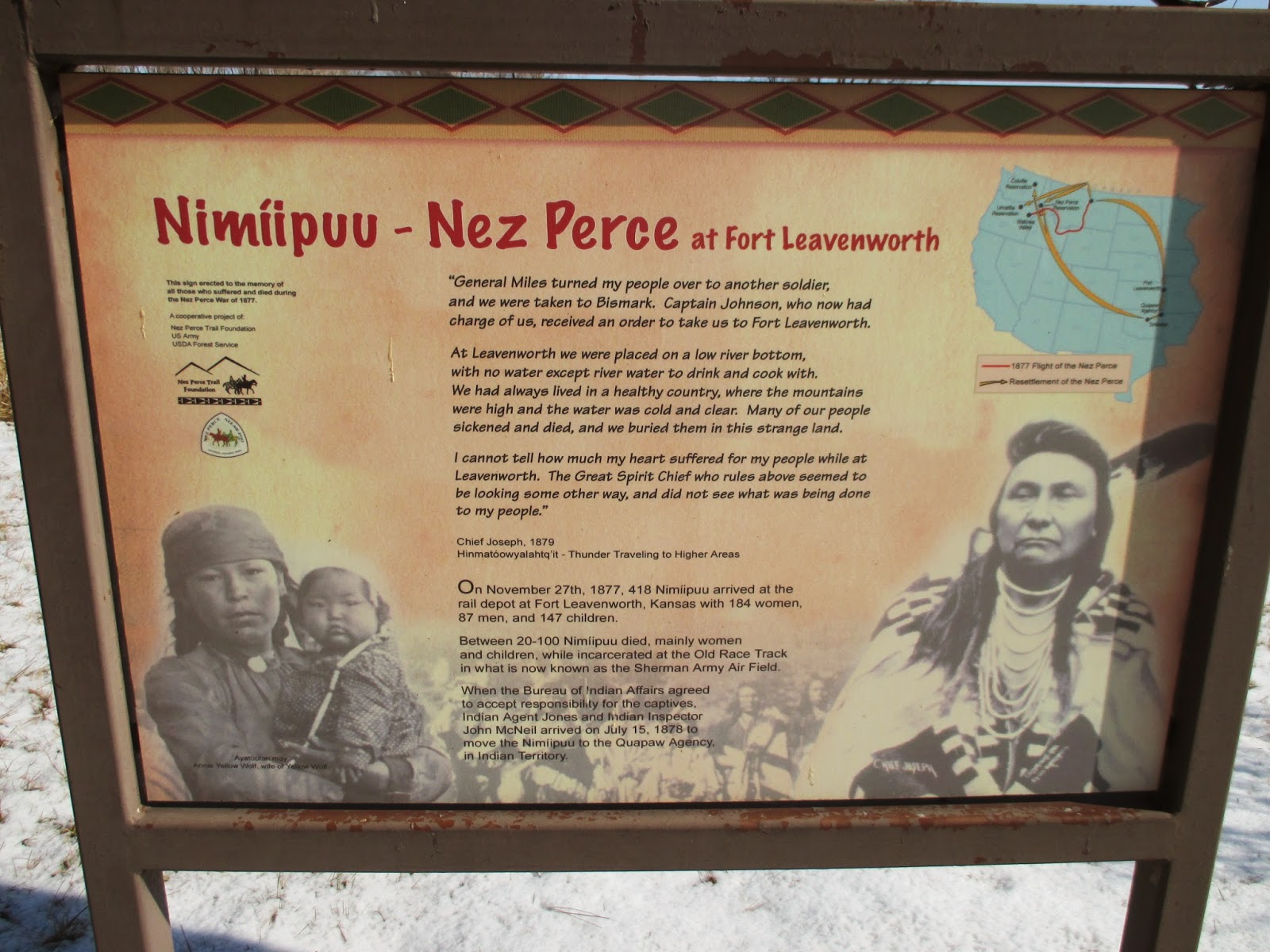 One of the historic wayside markers at Fort Leavenworth is for Chief Joseph and the Nez Perce Indians.  As the leader of the Nez Perce during the Nez Perce War in 1877, Chief Joseph led his band of 750 on a nearly 1200 mile retreat to Canada in an attempt to avoid going onto a reservation.  Ultimately, they were captured just 40 miles south of the Canadian border.  The retreat and series of successful skirmishes against impossible odds fascinated the nation, and but has been eclipsed by Chief Joseph's famous phrase "I will fight no more forever." These words were taken from a not much larger speech:
"Tell General Howard I know his heart. What he told me before, I have it in my heart. I am tired of fighting. Our chiefs are killed; Looking Glass is dead, Too-hul-hul-sote is dead. The old men are all dead. It is the young men who say yes or no. He who led on the young men is dead. It is cold, and we have no blankets; the little children are freezing to death. My people, some of them, have run away to the hills, and have no blankets, no food. No one knows where they are—perhaps freezing to death. I want to have time to look for my children, and see how many of them I can find. Maybe I shall find them among the dead. Hear me, my chiefs! I am tired; my heart is sick and sad. From where the sun now stands, I will fight no more forever." 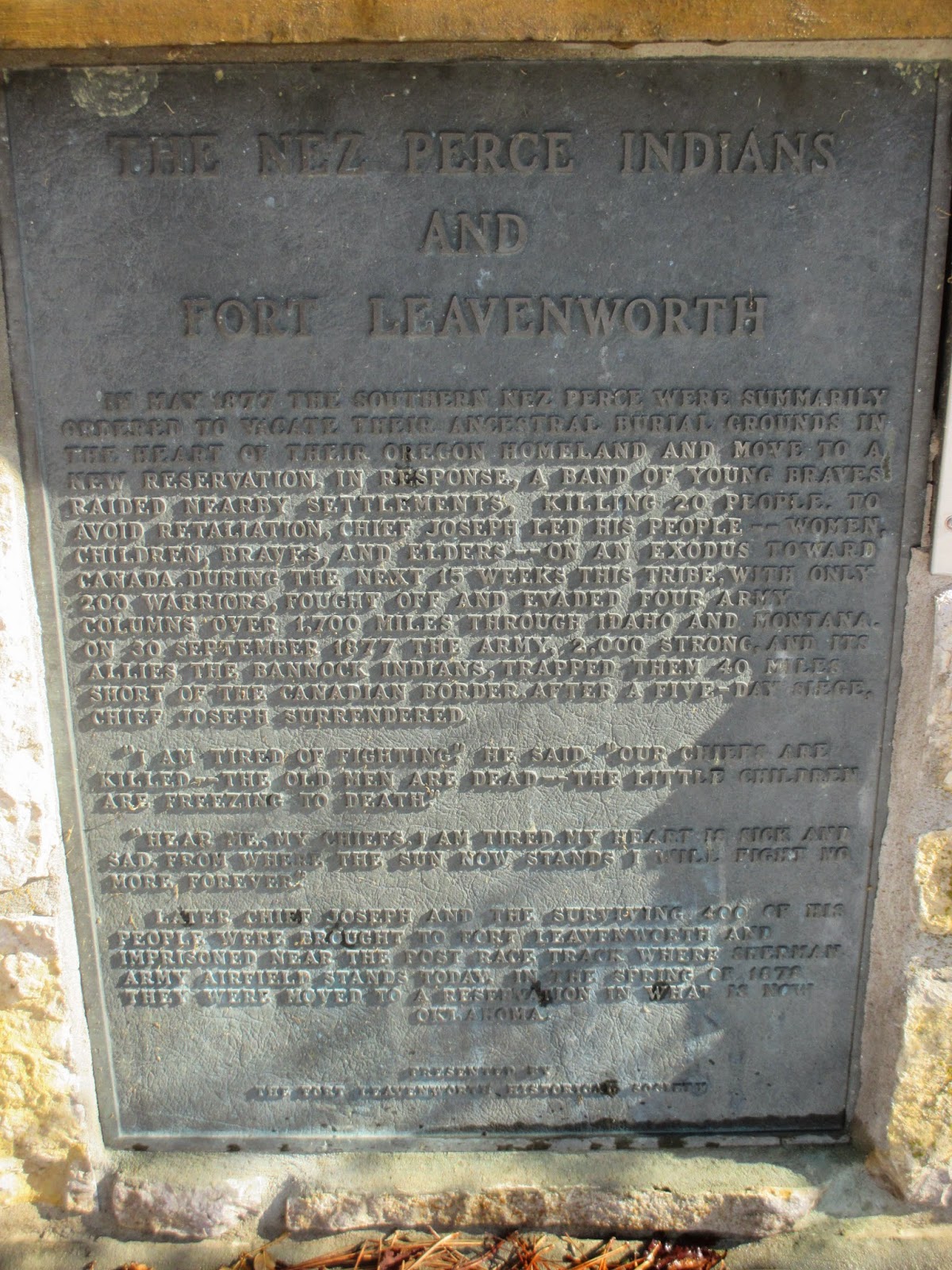 What happened to Chief Joseph after he surrendered?  Most accounts summarize it to say that he and the Nez Perce were sent to a reservation.  While true, the detailed account is much more fascinating.  He was sent to Fort Leavenworth, where he and his people camped on the flood plain of the Missouri River for nearly a year.  The site of their camp is now where the Sherman Army Airfield is located.  From Fort Leavenworth, they were sent to Indian Territory (Oklahoma) for seven more years, until finally they were sent to the Colville Indian Reservation in Washington.  It still wasn't home for them, but it was preferred to where they had been. 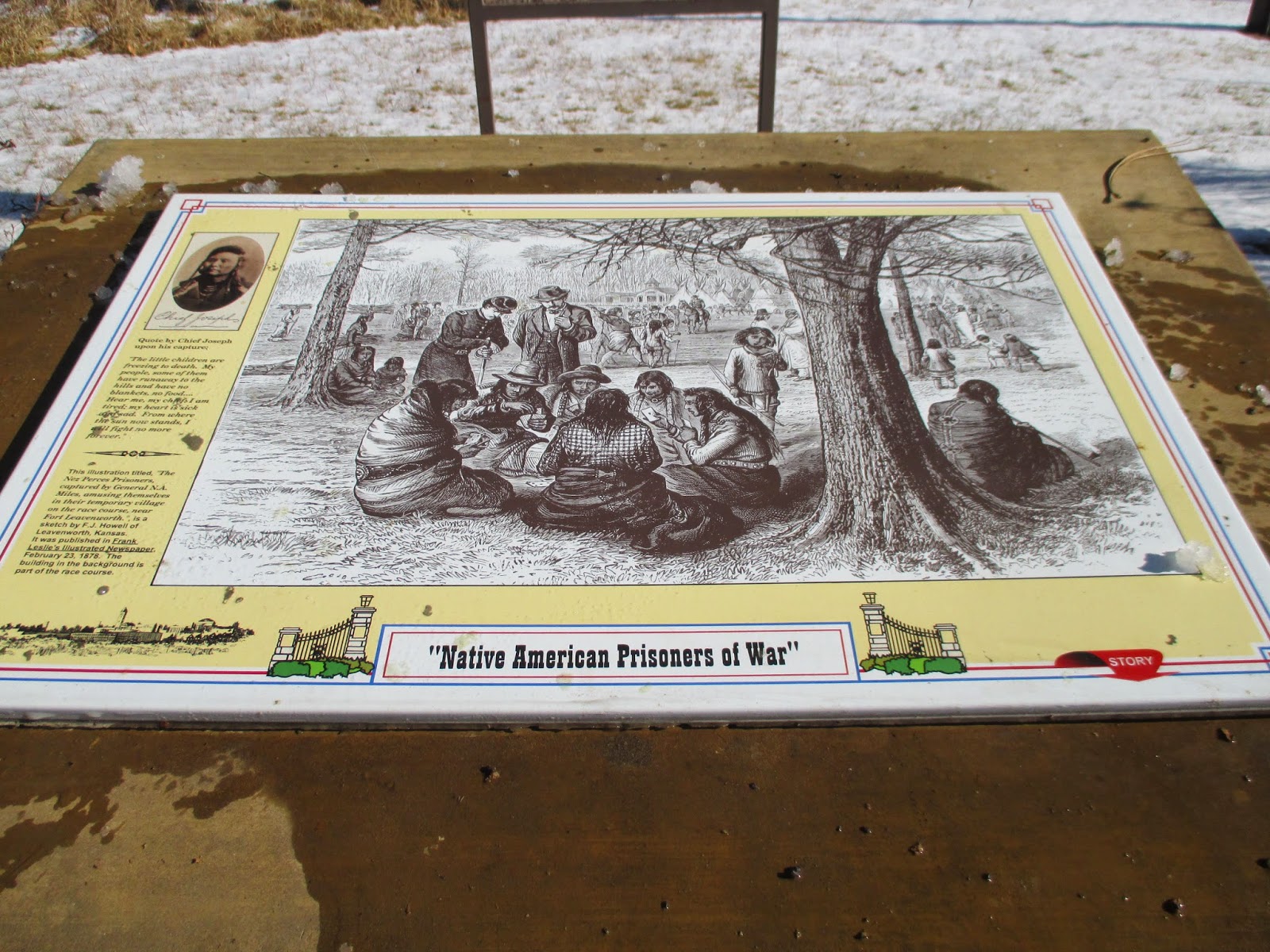 The wayside signs at Fort Leavenworth tell a small portion of a tale layered with much emotion.  Thoughts I had were highly varied from admiration, to sorrow, to frustration, and many other points.  I concluded that Chief Joseph was an amazing man and an incredible statesman.  The world would be a better place with more people like he was.