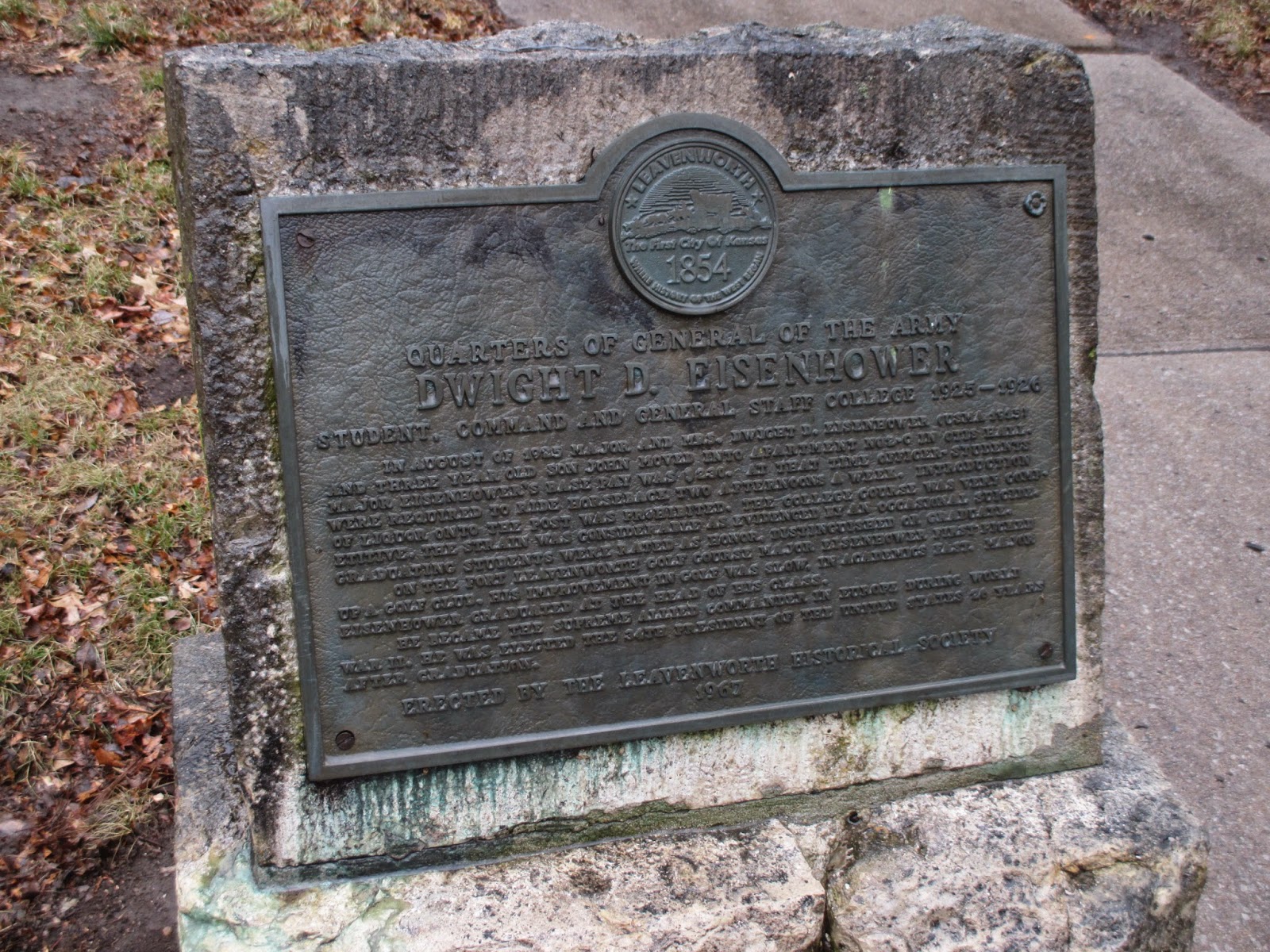 The sign reads "Quarters of General of the Army Dwight D. Eisenhower.  Student, Command and General Staff College 1925-1926.  In August of 1925, Major and Mrs. Dwight D. Eisenhower(USMA-1915) and three year old son John moved into apartment No 2-C in Otis Hall.  Major Eisenhower's base pay was $230.  At that time officer-students were required to ride horseback two afternoons a week.  Introduction of liquor onto the post was prohibited.  The college course was very competitive. The strain was considerable as evidenced by an occasional suicide.  Graduating students were rated as Honor, Distinguished, or Graduate.
On the Fort Leavenworth golf course, Major Eisenhower first picked up a golf club.  His improvement in golf was slow, in academics fast.  Major Eisenhower graduated at the head of his class.
He became the supreme Allied commander in Europe during World War II.  He was elected the 34th President of the United States 26 years after graduation.
Erected by the Leavenworth Historical Society 1967."

I need to learn more about President Eisenhower.  I do know that when he was appointed as Allied Commander, he received the promotion over a large number of officers senior to him.  I've pondered over the psychological impact that he had on the Germans in World War II:  his German last name, Eisenhower means "iron hewer".