A quiet moment at Carthage Jail 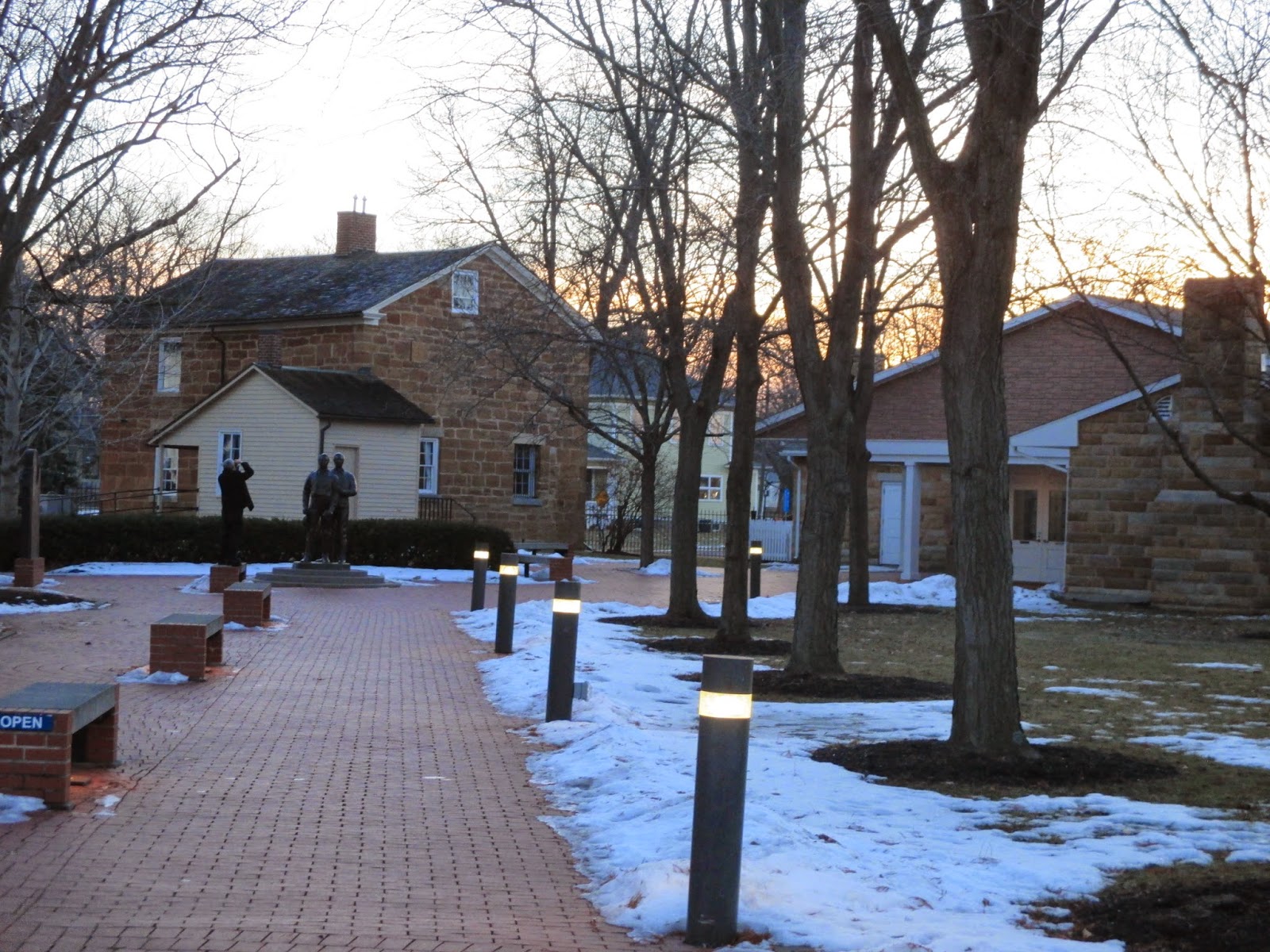 We went to Carthage on a late Sunday afternoon.  It's about 30 miles from Nauvoo, and we thought it would be a good last stop for the day.  We had the visitor center to ourselves, and soon had a personal tour of the historic jail.

Carthage Jail is a hallowed site for members of the Church of Jesus Christ of Latter Day Saints.  It's the site where the first modern day prophet was murdered.  Joseph Smith Jr. was brought to Carthage on false charges in June 1844, and when the charges were released, others charges were quickly accused, forcing him to prolong his stay.  As he awaited his day in court, mobs assembled and prowled around the jail where he and several others were held.  The jailer saw that Joseph Smith was in danger in the lower rooms, so brought him and those with him upstairs.  On June 27, 1844 the mob stormed the jail and murdered Joseph Smith Jr and his brother Hyrum.  Two others with them, John Taylor and Willard Richards, were wounded but survived.

This was another trial in the lives of the early members of the Church of Jesus Christ of Latter Day Saints, and led to some dissention within the church as the members disagreed about who their next prophet would be.  Some believed it should be passed down to Joseph Smith's sons, and while they were too young, have an interim leader.  This minority group became the Reorganized Church of Jesus Christ of Latter Day Saints, which merged with the Community of Christ church within the last twenty years.  The majority of the saints recognized Brigham Young as President of the Quorum of the Twelve Apostles and as the next man called to be prophet.  Brigham Young put into action a plan to move the saints west and away from the persecution.  He led them to what is now Utah where the saints played a large roll in the settlement of the west.

The jail at Carthage was a place of quiet contemplation for me and my family.  There's an audio narrative that the tour guides usually play for visitors, but we thought it best for our family to tell our children the story simply and directly.  We sang a hymn and spoke with them about what had happened here at Carthage Jail.  After a few quiet moments, we concluded our tour and went outside.  Outside we read the many plaques along the path to the visitor center.  It was a good visit.