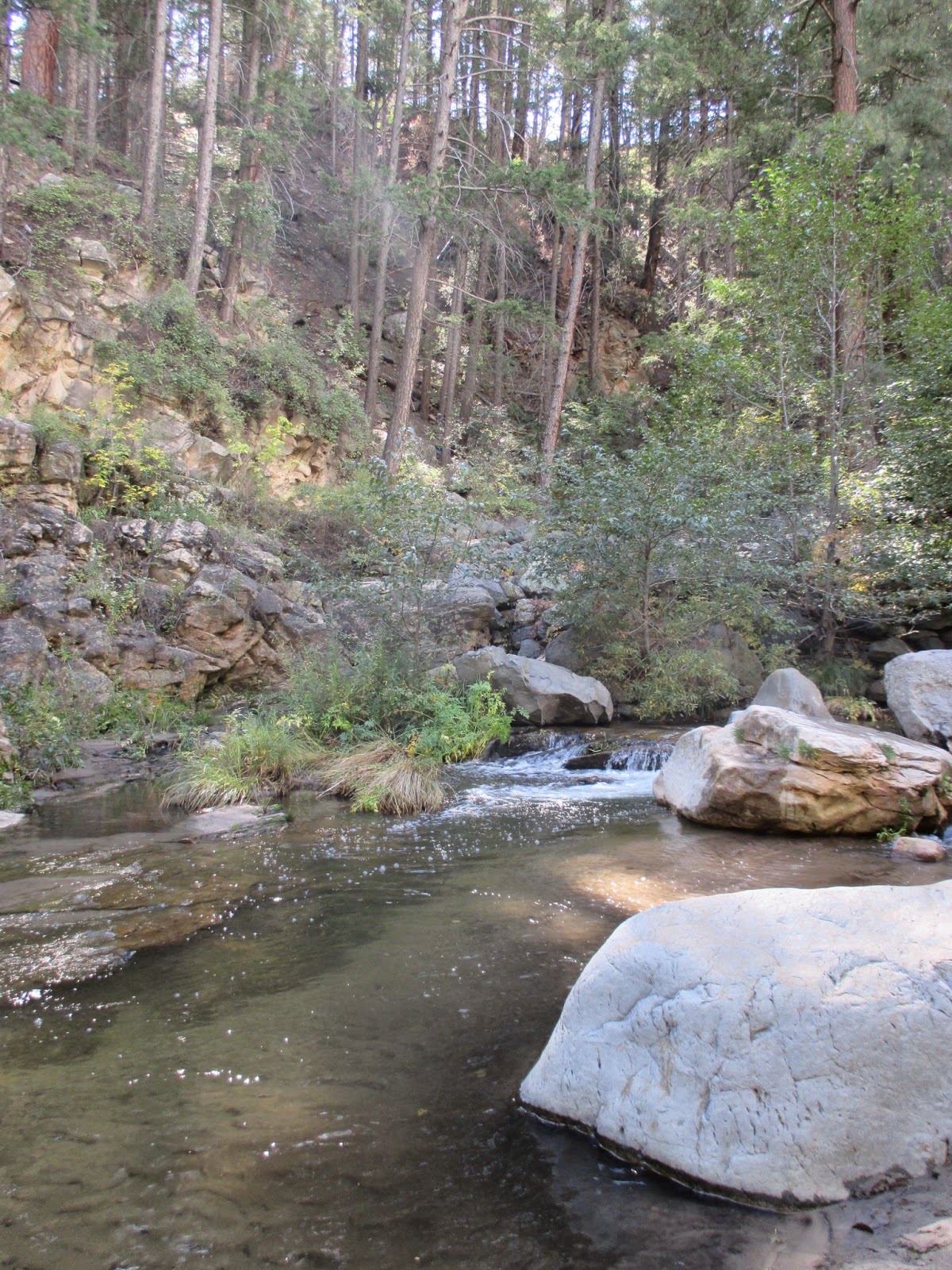 We stopped at one of the picnic areas in Oak Creek Canyon for a picnic lunch.  Nothing quite like PB&J, potato chips, and pomegranates to fill you up!  After everyone had had their fill, we went down to Oak Creek.   I do have to add right here that Oak Creek itself is probably the overlooked jewel of Oak Creek Canyon near Sedona.  Most people are so busy going to the West Fork Hike, Slide Rock State Park, or elsewhere, that they don't stop and relax at the creek itself. 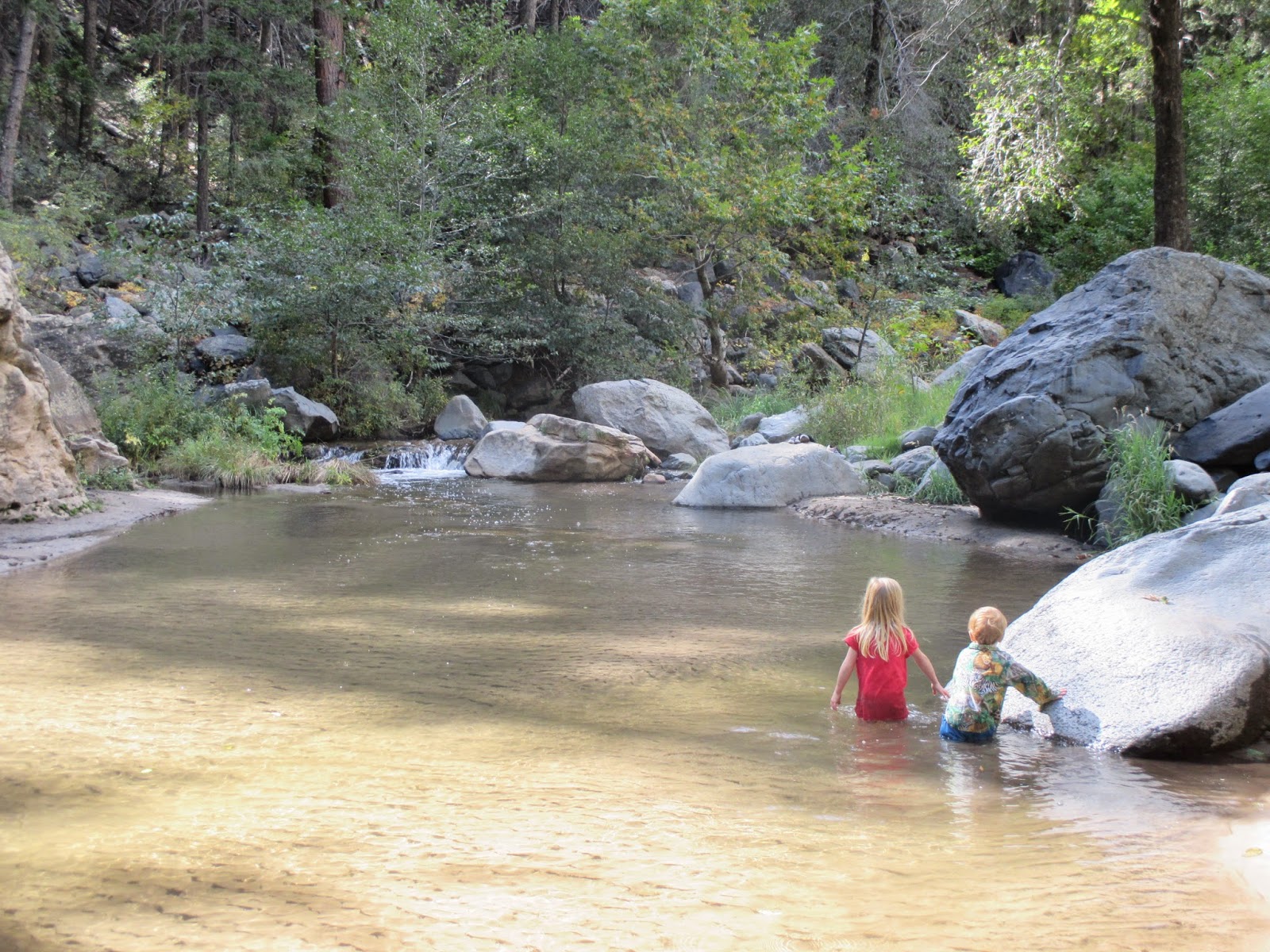 We enjoyed the beautiful creek.  The kids decided that it was wet enough to go play in the water.  I found it a little bit chilly when I was wading, but they went up to their waists and had a grand time.  I would have preferred to have my fishing pole to chase a few trout in the catch & release section.  The kids played up and down the creek for quite a while, then suddenly, disaster struck.  #2 fell in.  He slipped or was pulled, and fell flat on his face, resulting in a complete drenching.  That ended that!  We fished him out, stripped him down, and helped him cheer up, even though he was now telling us that "I'm a coldie."  All good things come to an end, so we packed up and climbed up to the car. 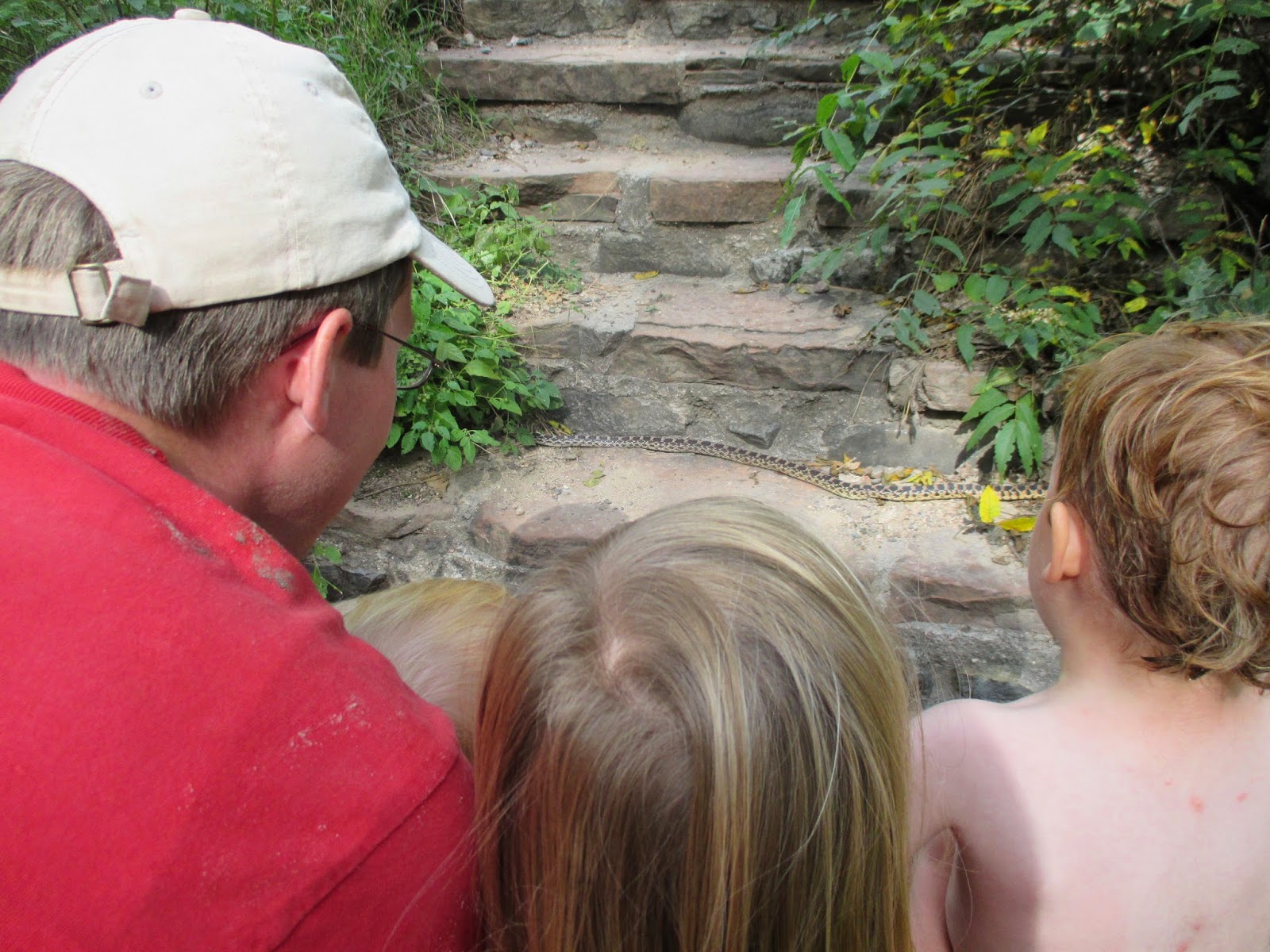 We were almost at the top of the stairs when we spotted a snake crawling from one side to the other.  I looked at it's head and markings and relaxed when I knew it was only a gopher snake.  We watched it crawl across the trail and pointed out how it's ribs move as it pushes itself forward.  It was a great way to get everyone focused on something other then themselves.   #2 falling in the creek was enough to convince us that going to Slide Rock as we had planned was not the best way to go.  The water was just too cold now that it was fall to be able to really have a great time there.  We loaded up and decided to head back to camp.

Now one thing about Sedona and Oak Creek Canyon- nobody tells you that exiting the canyon and dropping right onto the crowded tourist area of Old Town Sedona makes for a traffic nightmare.  I'm telling you now- it does.  The traffic backs up for a really long distance, especially in the afternoon when most people are trying to exit the canyon.  We took it easy and even though it felt like we were stuck in traffic for an hour, we finally made it out of the canyon.