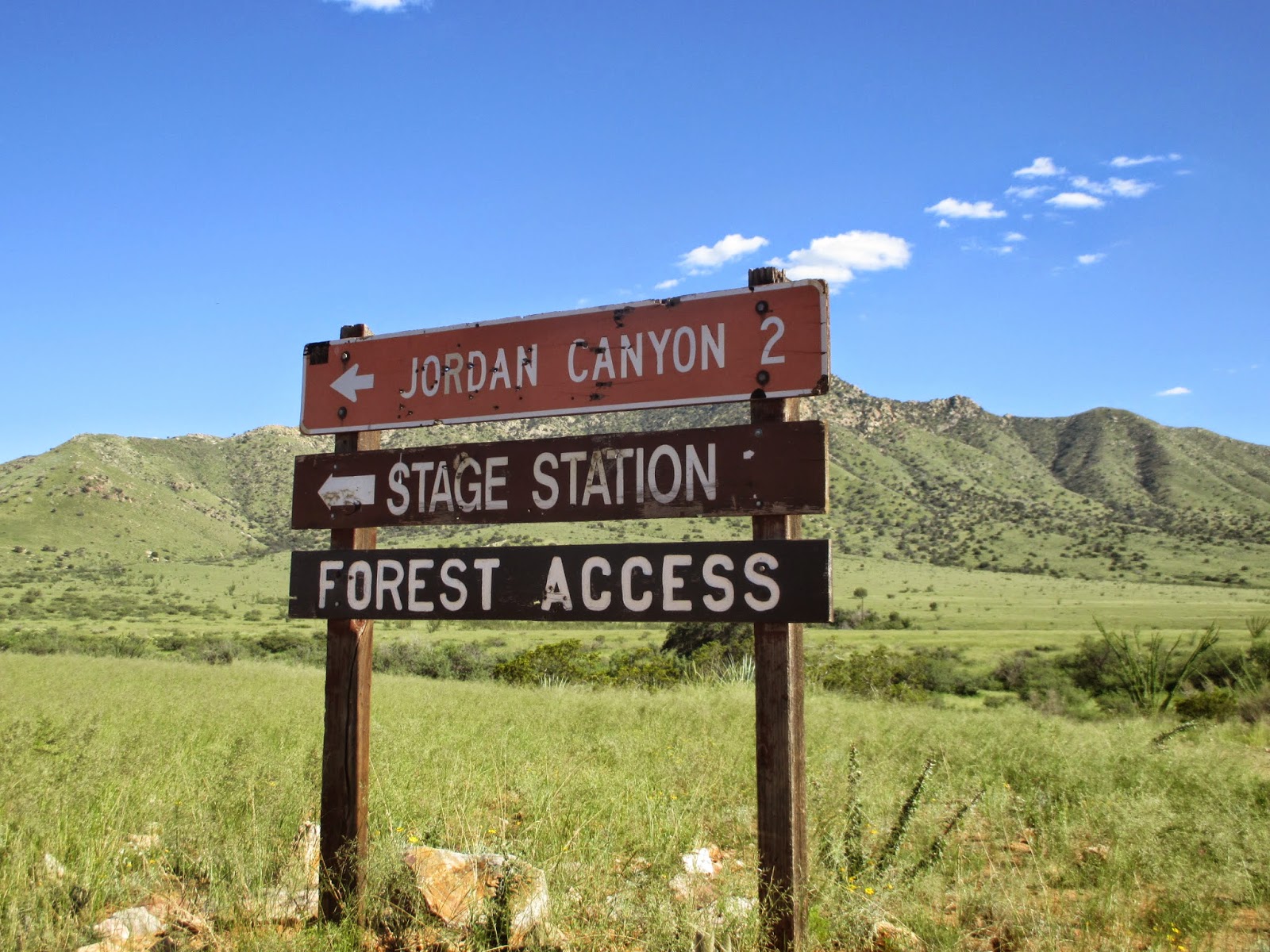 On Labor Day Weekend we headed east to the Chiricahua Mountains for a getaway.  On the way we had one important stop to make at Dragoon Springs.  I like to think that I'm pretty good at digging up unique and random sites that are worth visiting, so when I heard about Dragoon Springs I just had to visit it.  I was just surprised though that it took me a year and a half to learn about it.  We turned off of I-10 at the Dragoon Exit, then drove to the small town of Dragoon before turning off to drive a few miles on dirt roads to find the Dragoon Springs Stage Station. 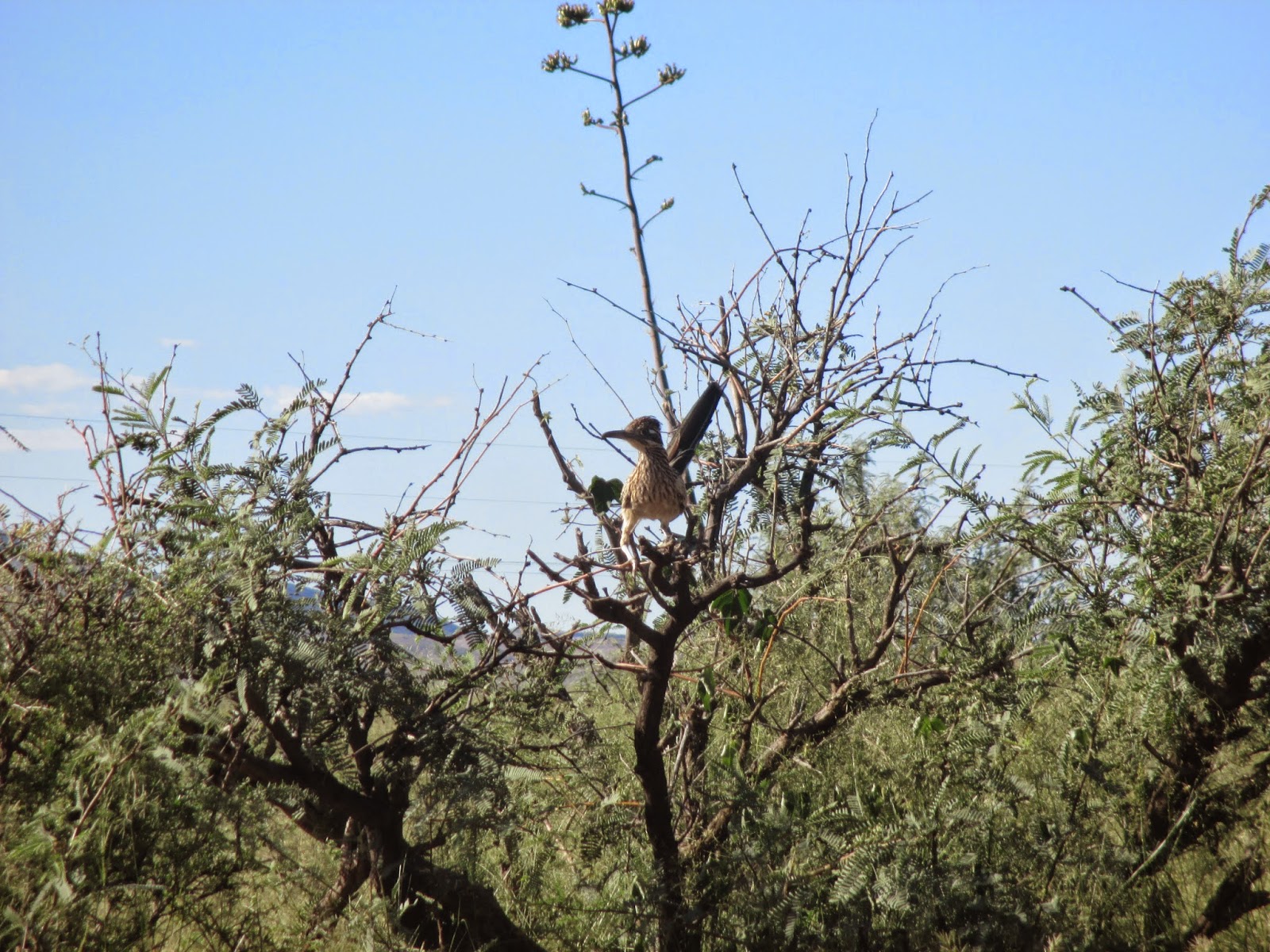 Along the way we saw a few roadrunners.  It's beautiful out here in the foothills of the Dragoon Mountains. 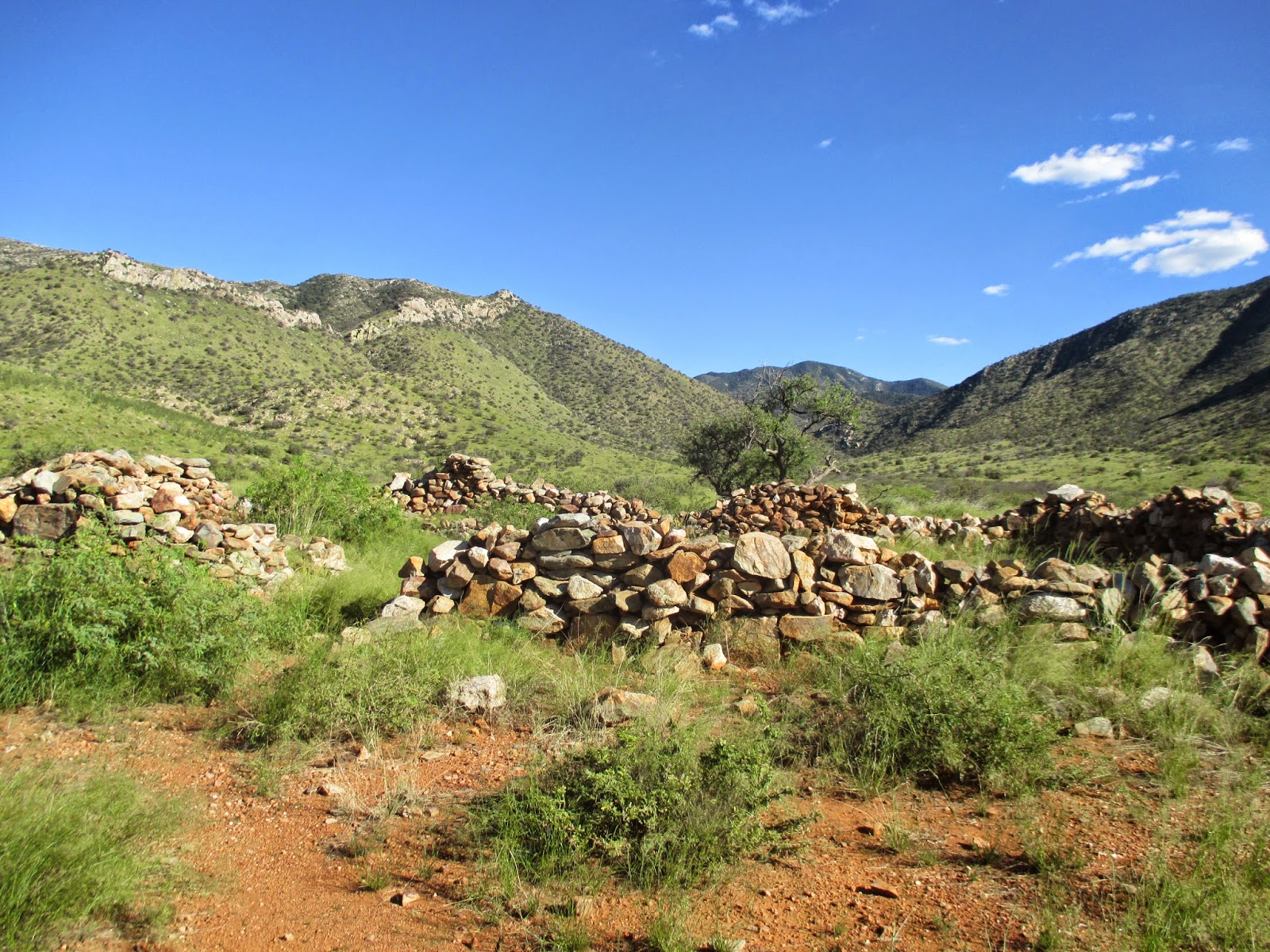 We found our turnoff, then parking area, and a short time later we were at the ruins of the Dragoon Springs Stage Station.   The ruins themselves are worth a visit just because it's always fun to think about what traveling in the old west was really like.  I personally think they way the depict it in movies is actually better than it was in real life.  It would be a tough drive over roads that are just barely better than trails, then camping or staying at stage stations that were not much more than a room and a corral for the horses or mules.  But, the stage station was not strictly what we came to visit. 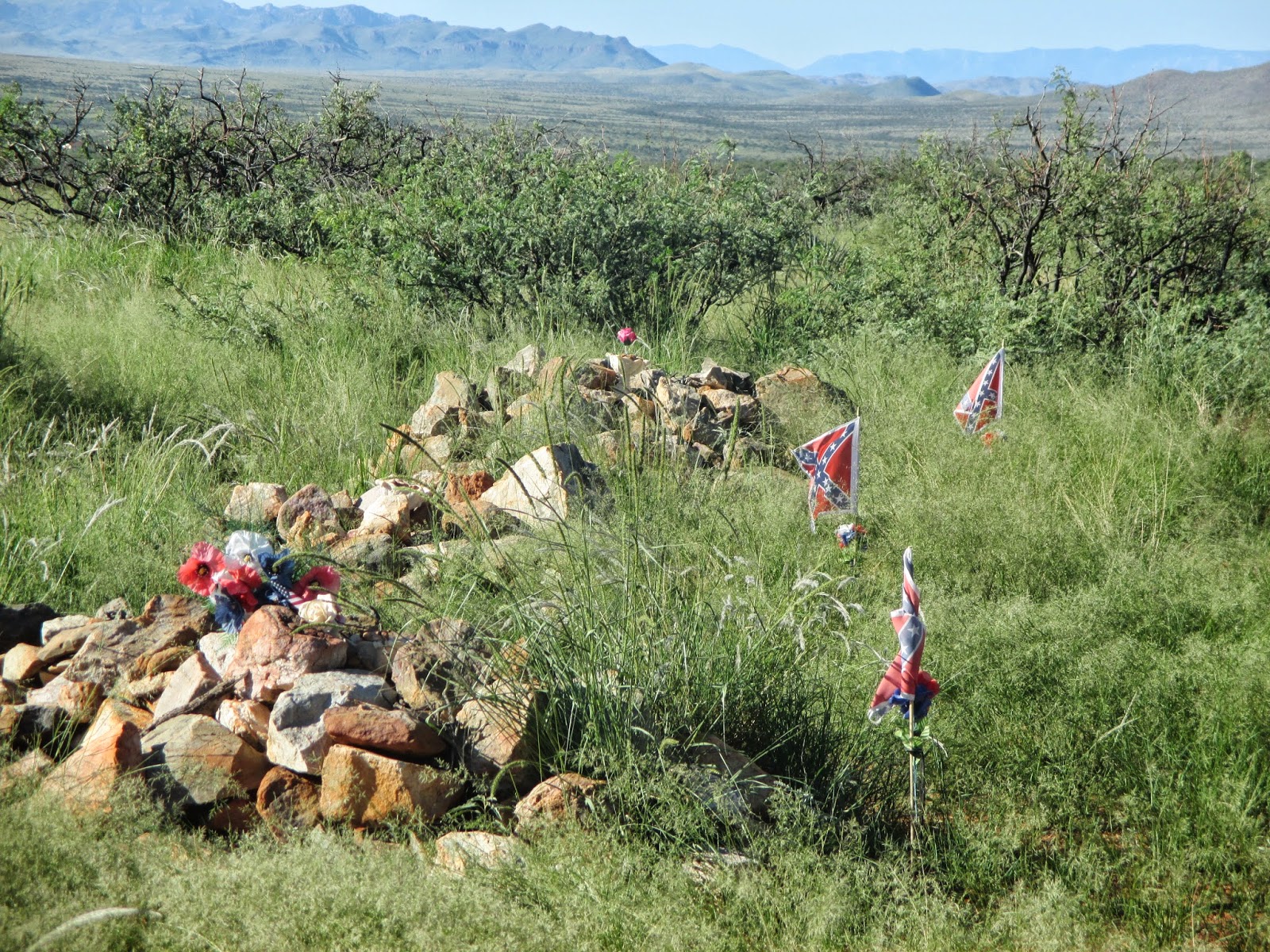 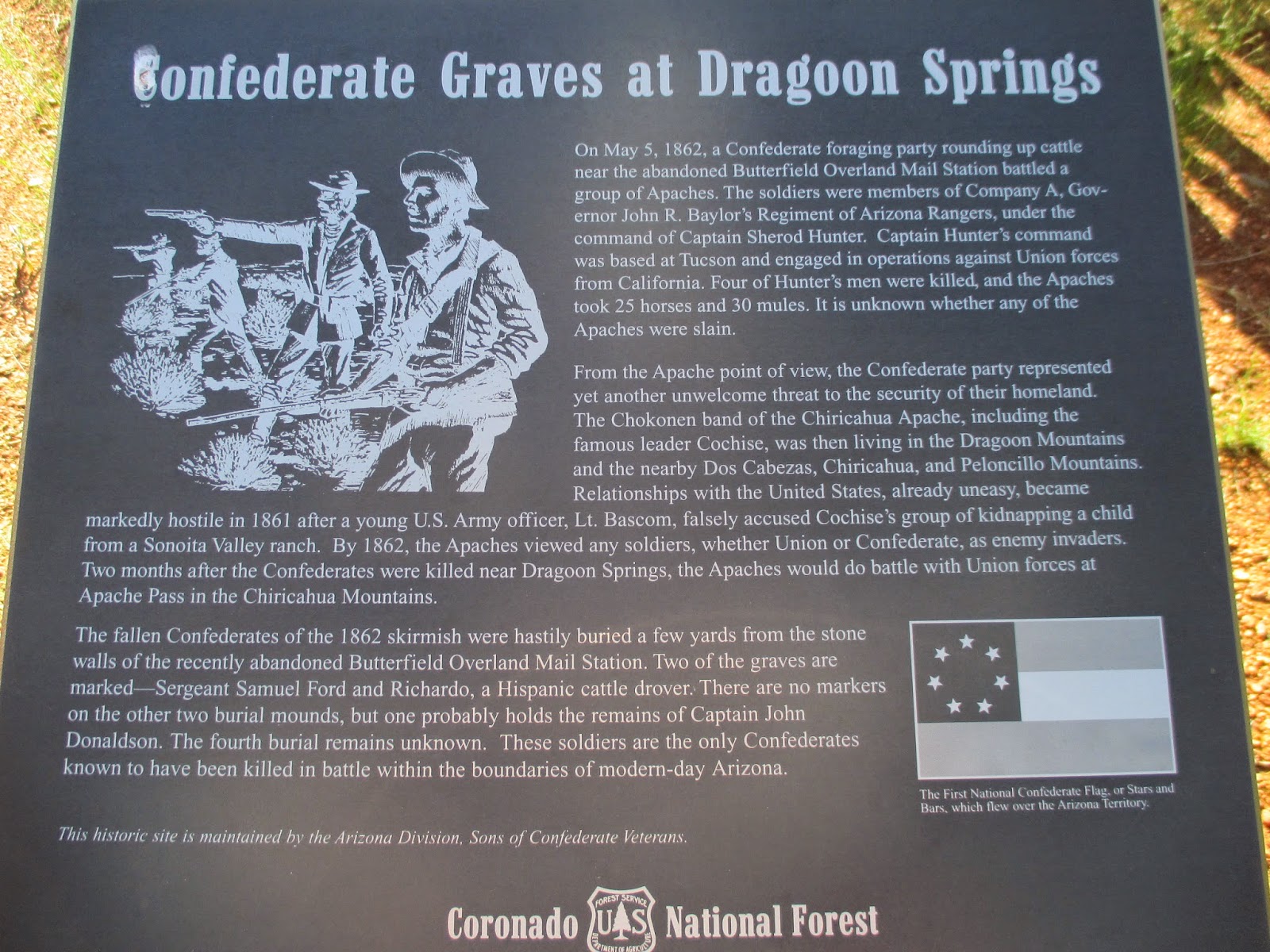 Here's a sign at the site giving more detail to the history.  It's a unique location that's well worth visiting.

Nearest City: Dragoon, AZ
Location: Take the road immediately south of the train tracks in "downtown" Dragoon and head west.  The dirt road will curve to the south.  Turn east on the side road when you see a sign for Jordan Canyon and the Stage Station.  Drive 1 mile and park at the sign, then take a short stroll to the northeast to the stage station and graves.
Time Needed: 1 hour
Difficulty: easy.  The most difficult part is the drive as the road is better with a little clearance on your vehicle.
Kid Friendly: Yes
Additional Info:
Posted by Ben at 8:42 AM