Tombstone: the Underside of the Old West 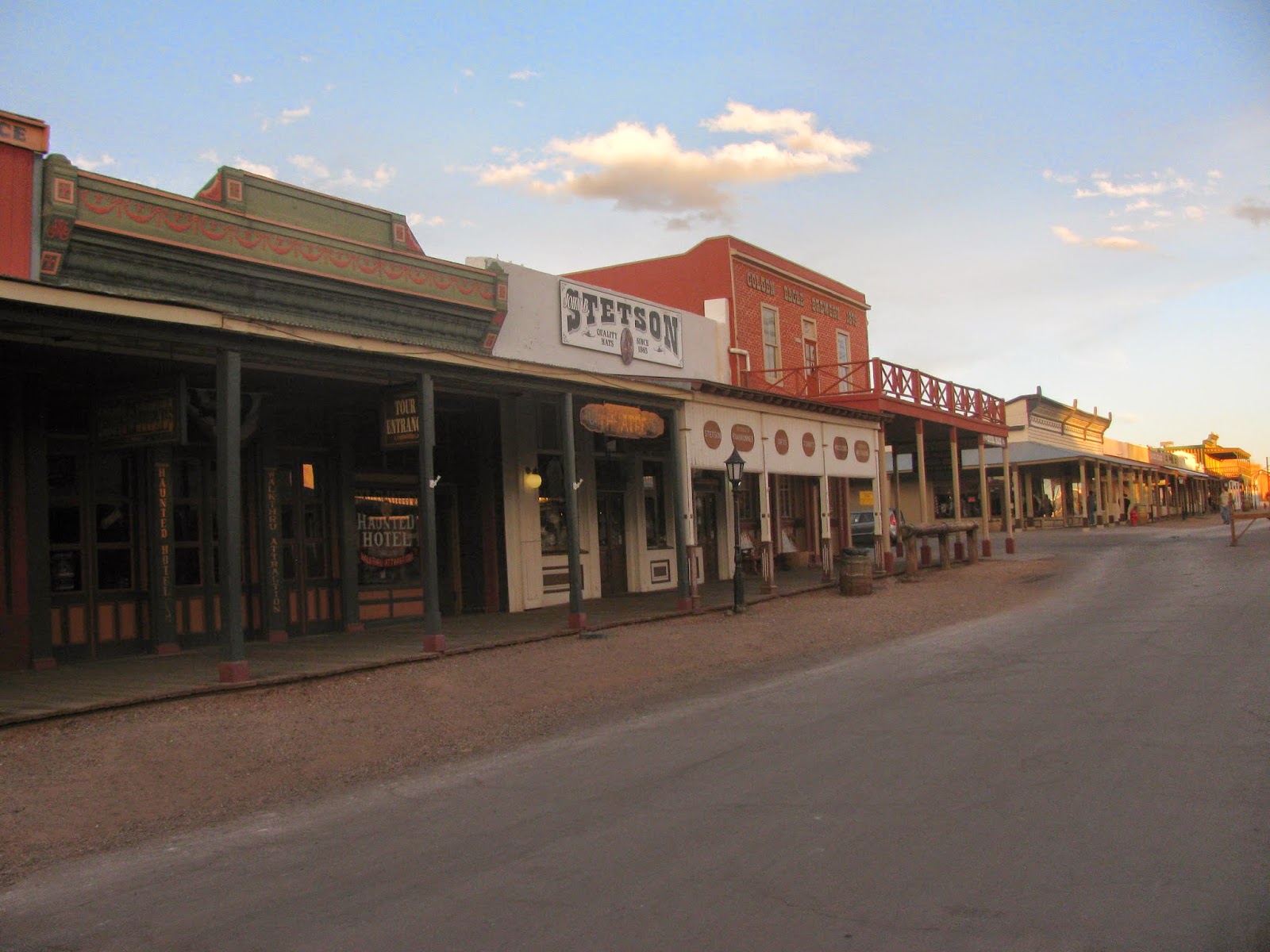 We've lived in Sierra Vista for over a year and a half now and I haven't blogged about Tombstone yet.  Not that we haven't been there, because we have.  I guess I've just been formulating my thoughts on Tombstone.  Tombstone is probably the most famous town in Arizona.  The Earps, the Clantons, and the Shootout at the OK Corral.  Who doesn't know the story?  Tombstone has since adopted the moniker of "The Town too tough to die," and indeed, it will probably live forever, based on the tourism generated from a fascination with the Old West. 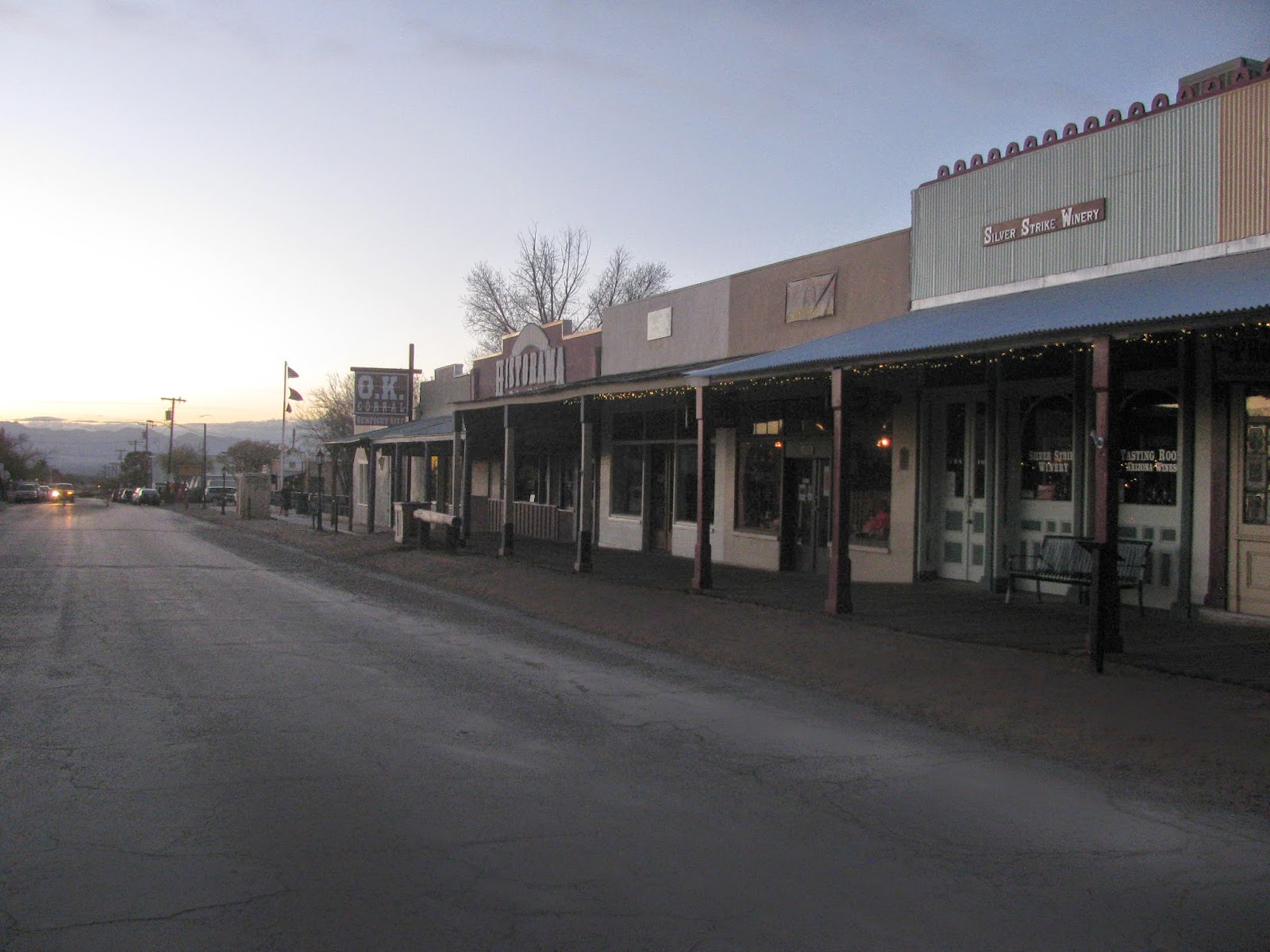 Tombstone was an old mining down, begun when Ed Shieffelin discovered rich silver veins in the mid 1800's.  The town grew and was roaring until the mines got deep enough to strike water.  Striking water was the beginning of the decline of Tombstone.  Now it's a touristy town of about 2000 people.   The main highway is the Fremont Street, the next street east of Allen Street, and Allen Street is closed to traffic to preserve the western feel.  Stagecoaches are allowed as well, but it's mostly foot traffic that goes up and down Allen Street. 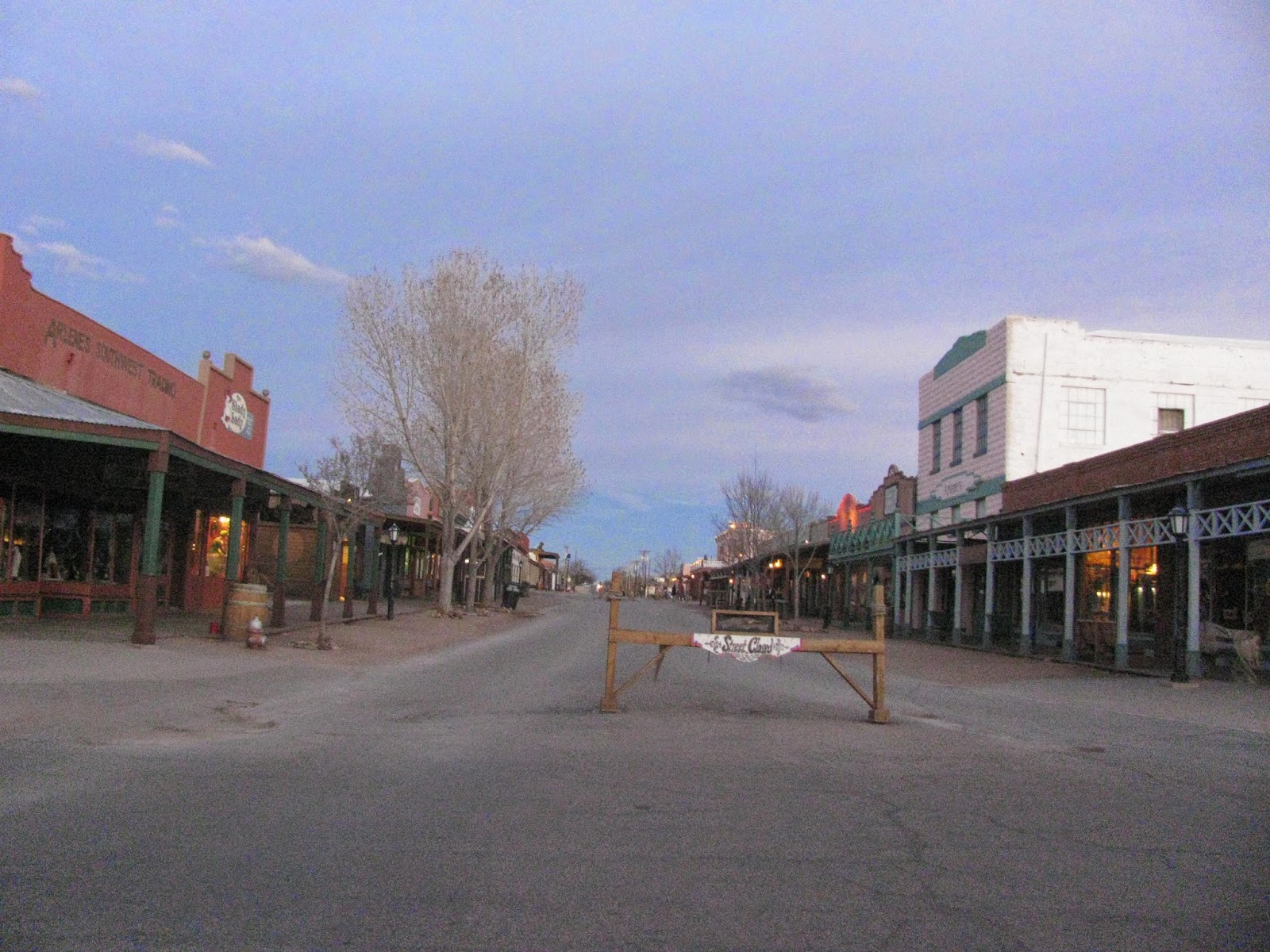 I think the best time to visit Tombstone is in the evening.  Just before dusk the traffic has died down and you can walk the boardwalks without much disturbance.   The problem I have with Tombstone earlier in the day is how much it shines a spotlight and revels in the underside of the wild wild west.  Not that the gunfights, "soiled doves", and other events didn't happen, because they did, but Tombstone basically builds it up and blows it out of proportion.  Most of the true west was a lot of work punching cows, mining, and the daily activity of trying to make a living.  Unglorious and unglamorous, but quite true. 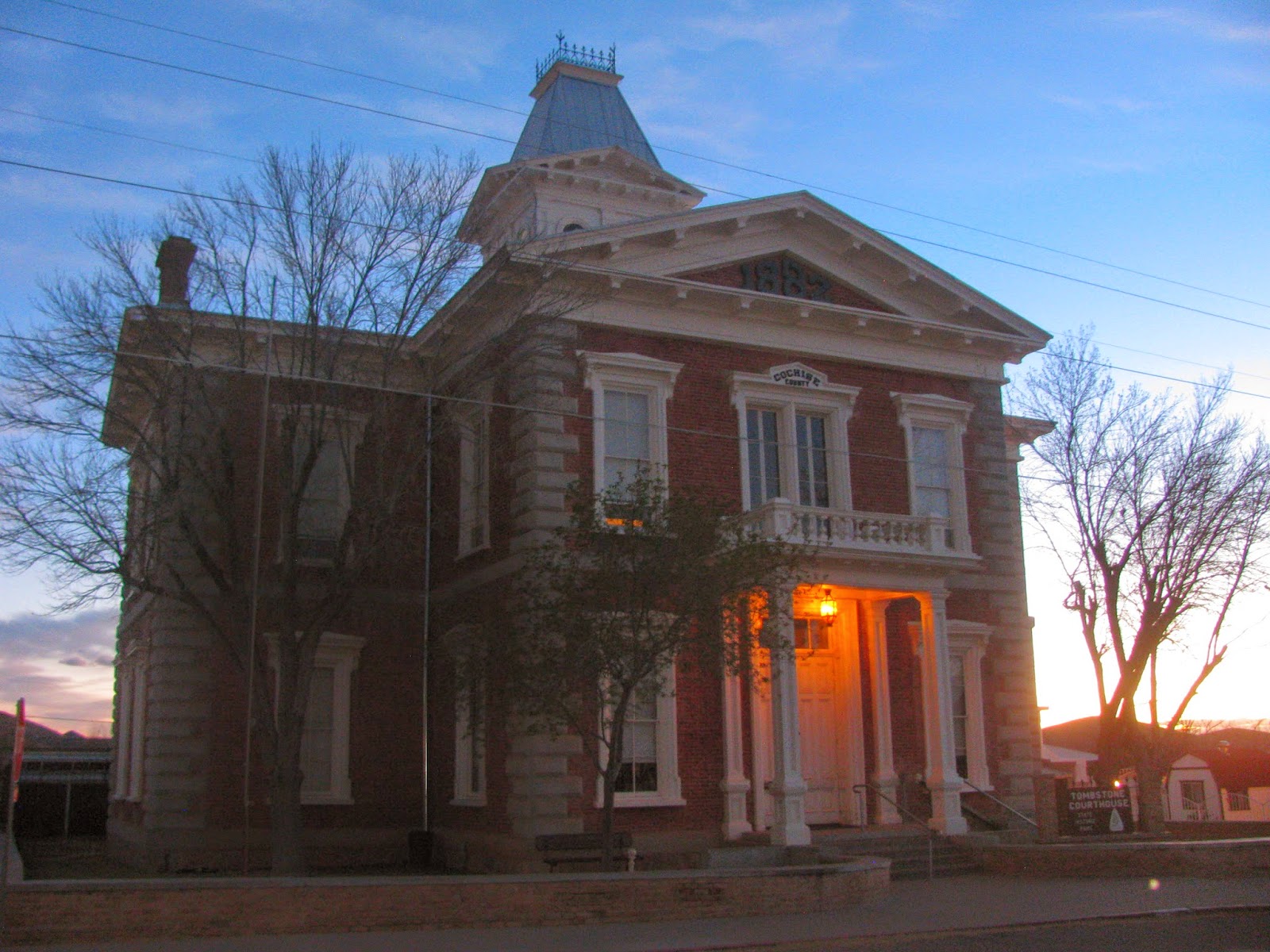 Tombstone Courthouse State Park is just west of Allen Street, and is the only ex-county in Arizona.  It's still a sore point in Tombstone that they don't have the county seat, which was moved to Bisbee. 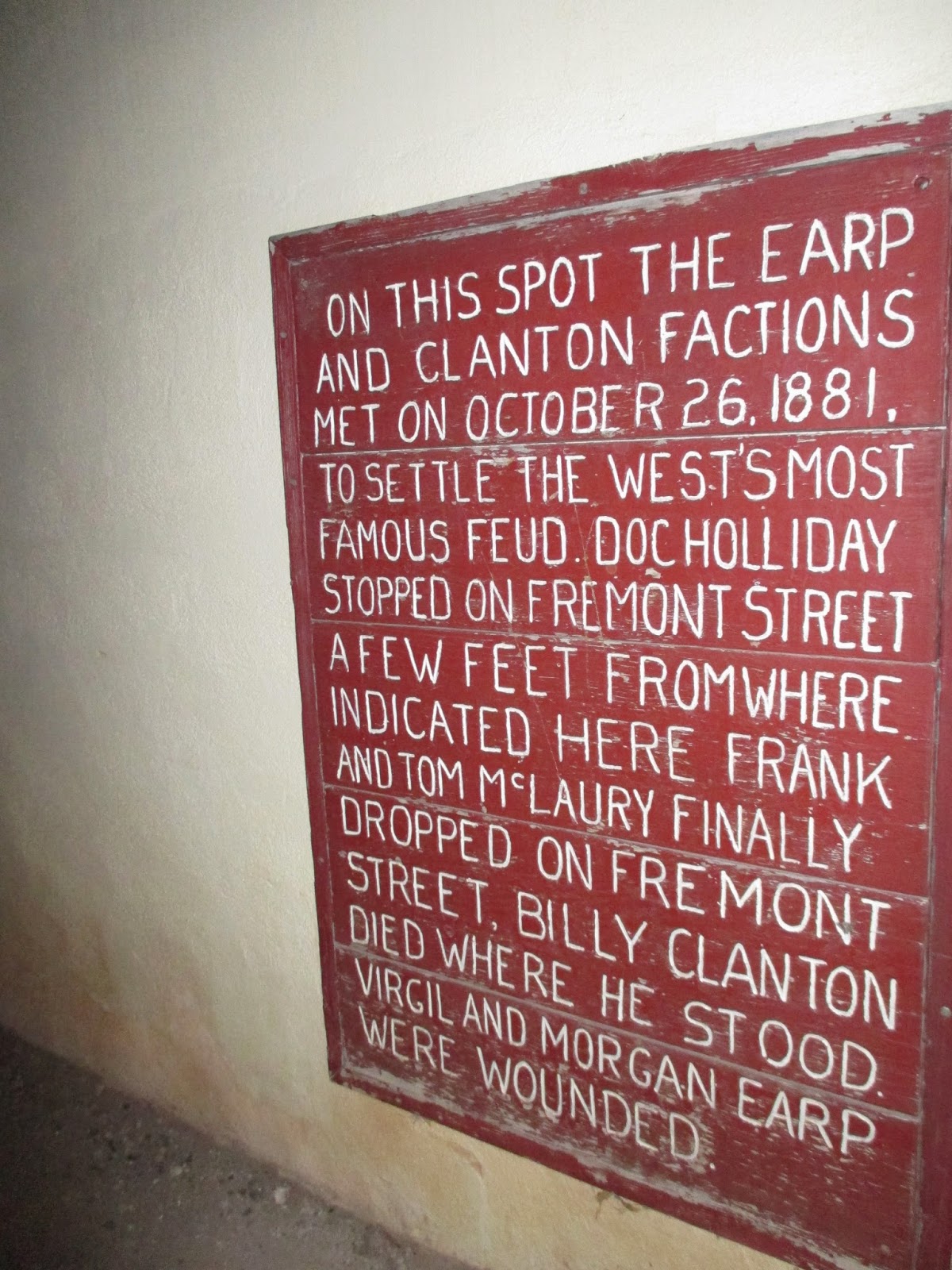 The OK Corral is the most famous spot in Tombstone. The land where it is at is privately held and has gunfights daily that recreate the 30 seconds when the feud between the Earps and Clantons reached its zenith.  A marker on along Fremont Street commemorates the event.