Hike to Mexico from Montezuma Pass

In early June we were looking for something to do and decided to hike to Mexico.  Really.  It's not difficult, and when you get to the border you just crawl through the fence.  Some friends were looking for ideas for a hike, so we invited them along with us.  We drove south out of Sierra Vista then turned to go to Coronado National Memorial.  At the top of Montezuma Pass, there's a parking area.  We parked in the parking area, along with someone from the Border Patrol (there's always someone from the Border Patrol parked at Montezuma Pass).  It's a reasonably popular trailhead, with the Huachuca Crest Trail leading to Miller Peak and beyond heading off to the north.
Options to the south include Coronado Peak, the southern terminus of the Arizona Trail at Border Marker 102, and Joe's Canyon and the Coronado National Memorial Visitor Center.  Last summer I did a 5 mile hike with some boy scouts by hiking to the border, then back up to the fork in the trail, then down Joe's Canyon to the visitor center.  My wife hadn't been to Mexico, so she really wanted to do the hike to the border.
We got a late start today and didn't get on the trail until about 10:30.  It would have been best to get an earlier start because it got hot pretty quickly and there's not much shade on the trail.  The trail is mostly downhill, all the way to Mexico. 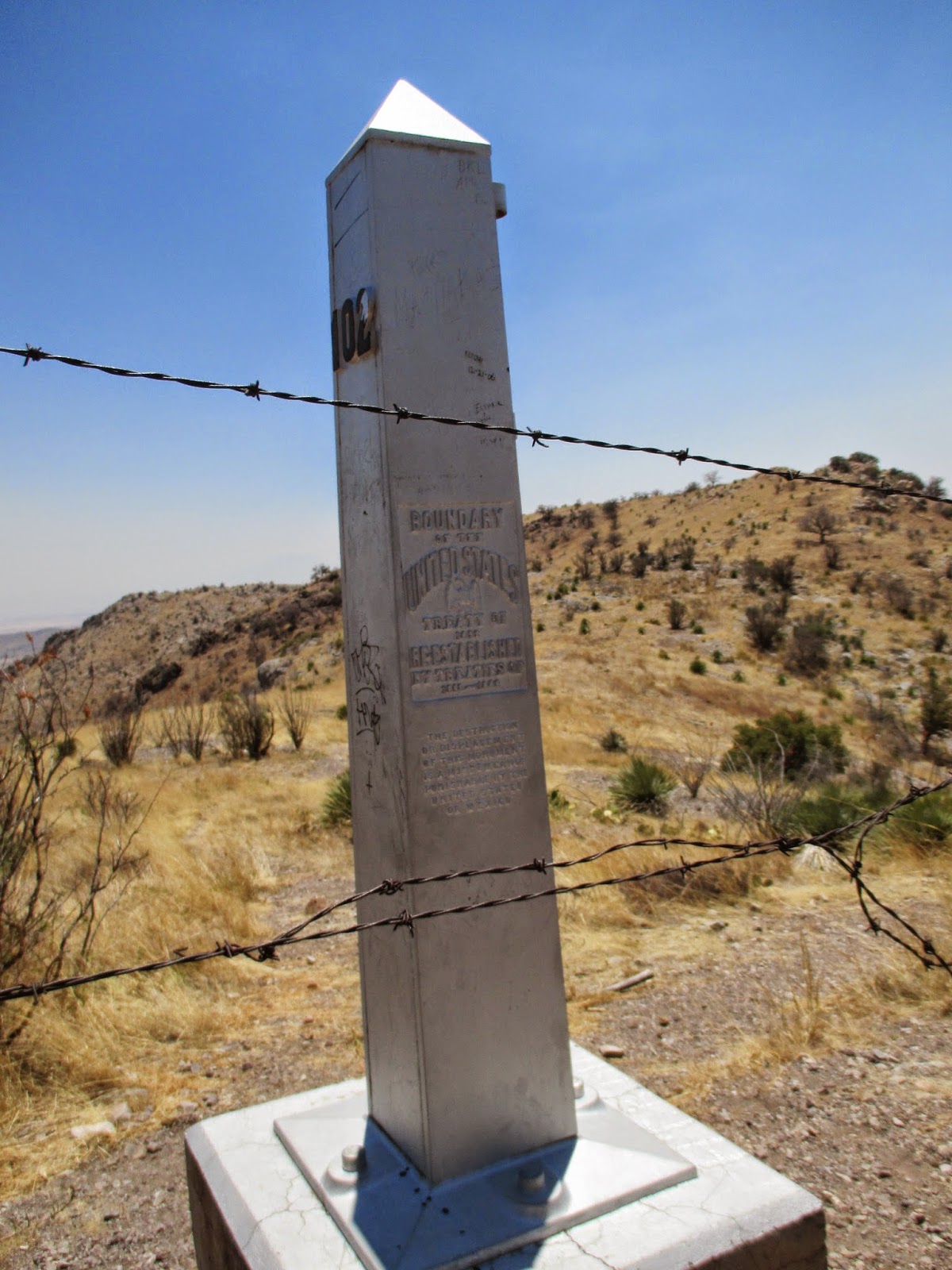 Finally we made it to the fence!  Just on the other side is the Monument 102, the southern end of the Arizona trail.  The fence is barbed wire, and quite frankly couldn't hold a herd of cows if it came down to it.  Apparently our border is secure though.  We crawled through the fence as so many people had before- this for an obligatory picture with the monument.  I imagine if you're coming from the other way you ignore the monument and get a picture once you're on the north side of the fence. 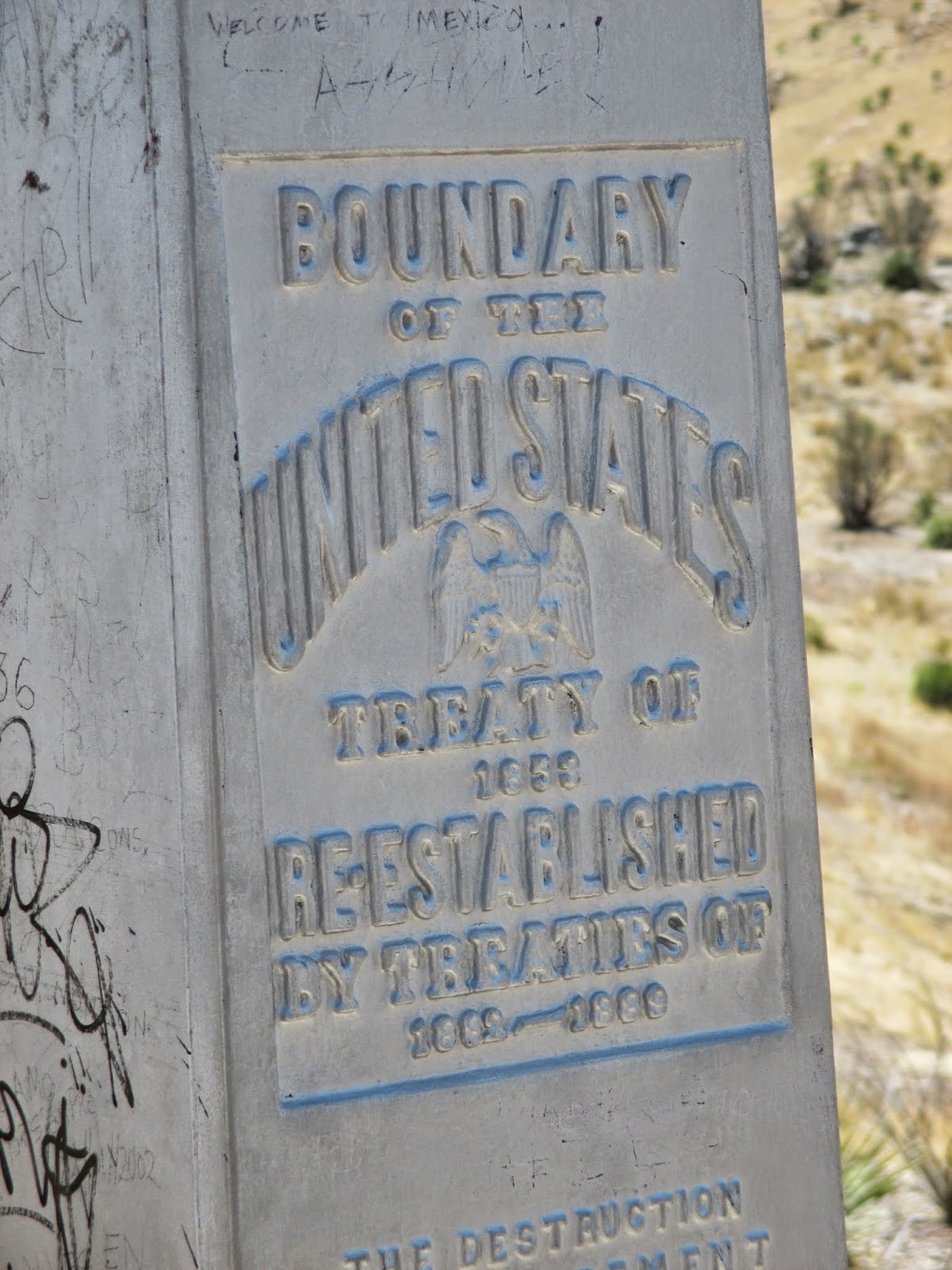 After a quick drink of Gatorade and a granola bar, we started back up the trail.  One of our friends'  kids was really interested in the pack that I had for my 2 year old, and since the 2 year old wanted to walk, I loaded her up in the pack.  A short time later, my 2 year old didn't want to hike anymore, so I put him on my shoulders.  I was more lucky then I realized at the time.  Getting thrown up on by your own kid is one thing, but being barfed on by someone else's kid is entirely different.  Lets just say the jostling around or whatever was not agreeable to the kid in the back, and it ended up making a smelly mess.  I was glad at least she turned her head.  If you were wondering, thrown up Cheetos are not exactly the best aroma in the world.   We all survived though.