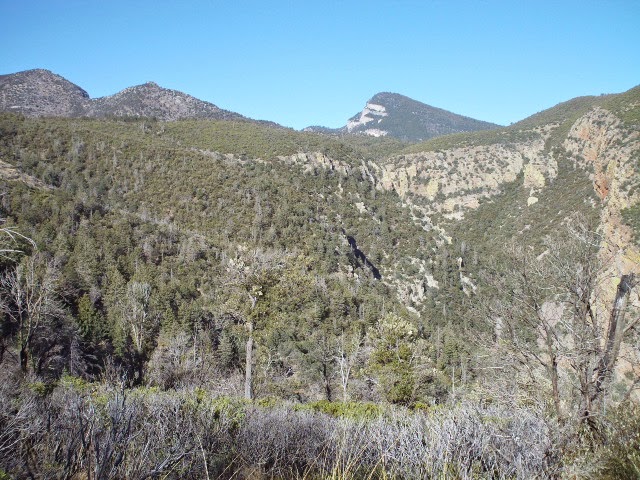 In late March we took a camping trip up Carr Canyon a little southwest of Sierra Vista.  There are two Forest Service campgrounds up there and a few primitive sites as well.  We wanted to just go camping, but thought it would be fun also to try and find the Reef Townsite trail.  Back in October we were up there during the government shutdown, and the signs warning people that bad things would happen if they passed the markers left us straddling the line of do we stay or do we go.  We ultimately ended up wandering the creekbed looking for and finding several quartz crystals, but I still had the unquenched desire to explore the Reef Townsite.  Since the road up Carr Canyon is closed generally from December to mid-March to keep it from being torn up as the weather gets bad, March ended up being a great time to get up there.  The nights were still cool, but it was early enough to keep the crowds away.  We found a primitive site, but there were a few people in the campground too.  After breakfast in the morning, we drove over to the Sawmill Springs Trailhead across from the Reef Townsite Campground and parked, then wandered down through the campground looking for the trail.  We found it at the end of the campground next to Site 13. 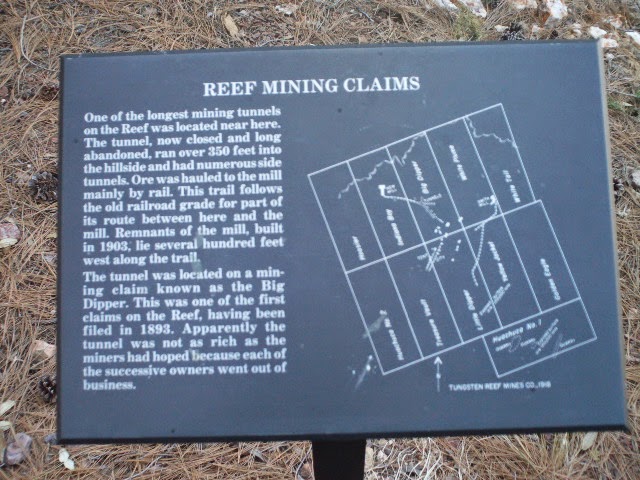 The Reef Townsite Trail loops its way across the hillside, with several signs along the way explaining what used to be at the Reef Townsite.  This sign was one of my favorites, as it has a map of some of the original mining claims on it. 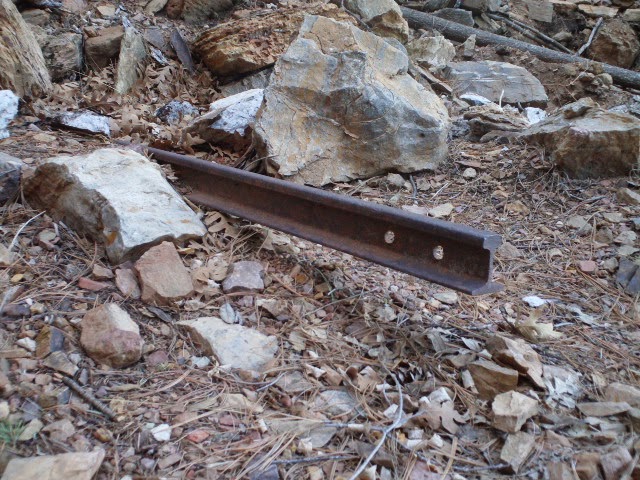 I always like finding old cart rails when I'm in the mountains.  Most of the old tracks have been torn up and either used at other mines, or scrapped for money, so finding a rail brings a smile to my face every time.  I see it as a sign of luck.  One time I found a rail at an old mine, I saw a rubber boa constrictor nearby.  I'd always wanted to see one and finally did.  Another time, at another mine that was a few miles back in from the nearest road we also found a cave.  Good things happen when I find cart rails. 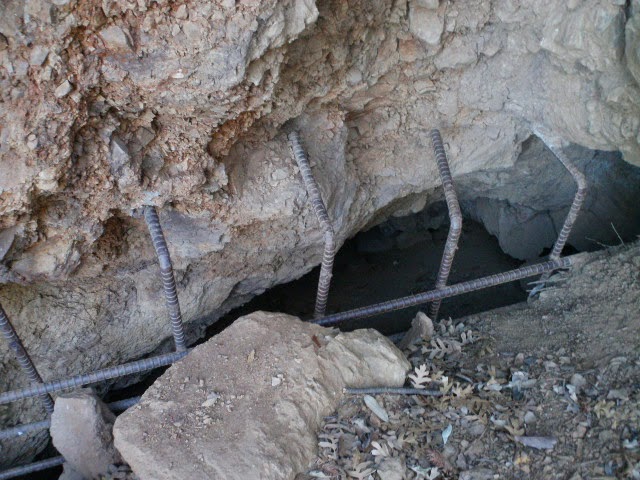 This time was no exception.  We looked around in a promising place and found an old mine.  This one had been gated, but the bars have pretty big spacing.  I didn't go in, but these ones would only keep out an extremely large person.   We continued on, the trail being about 3/4 of a mile long.  Nearby, the ruins of a cyanide process plant were weathering away on the hillside.  Several other prospects and the foundation holes of buildings that once stood could be found if you knew what to look for. 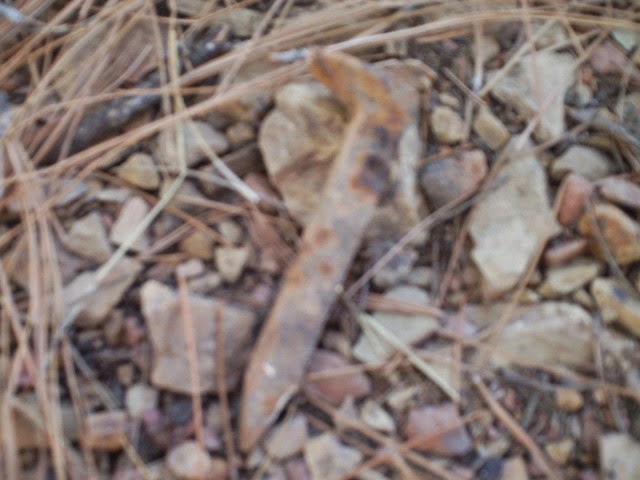 We ended up back at the Reef Townsite Campground, and to be honest with you, most of the artifacts that we found were just scattered on the ground in and around the campsite.  Shards of old purple glass, mining spikes, more broken glass and pottery, and other small reminders cover the area.  There's not much left of where the town once was, but it was fun to go walk through the history of what it had been.