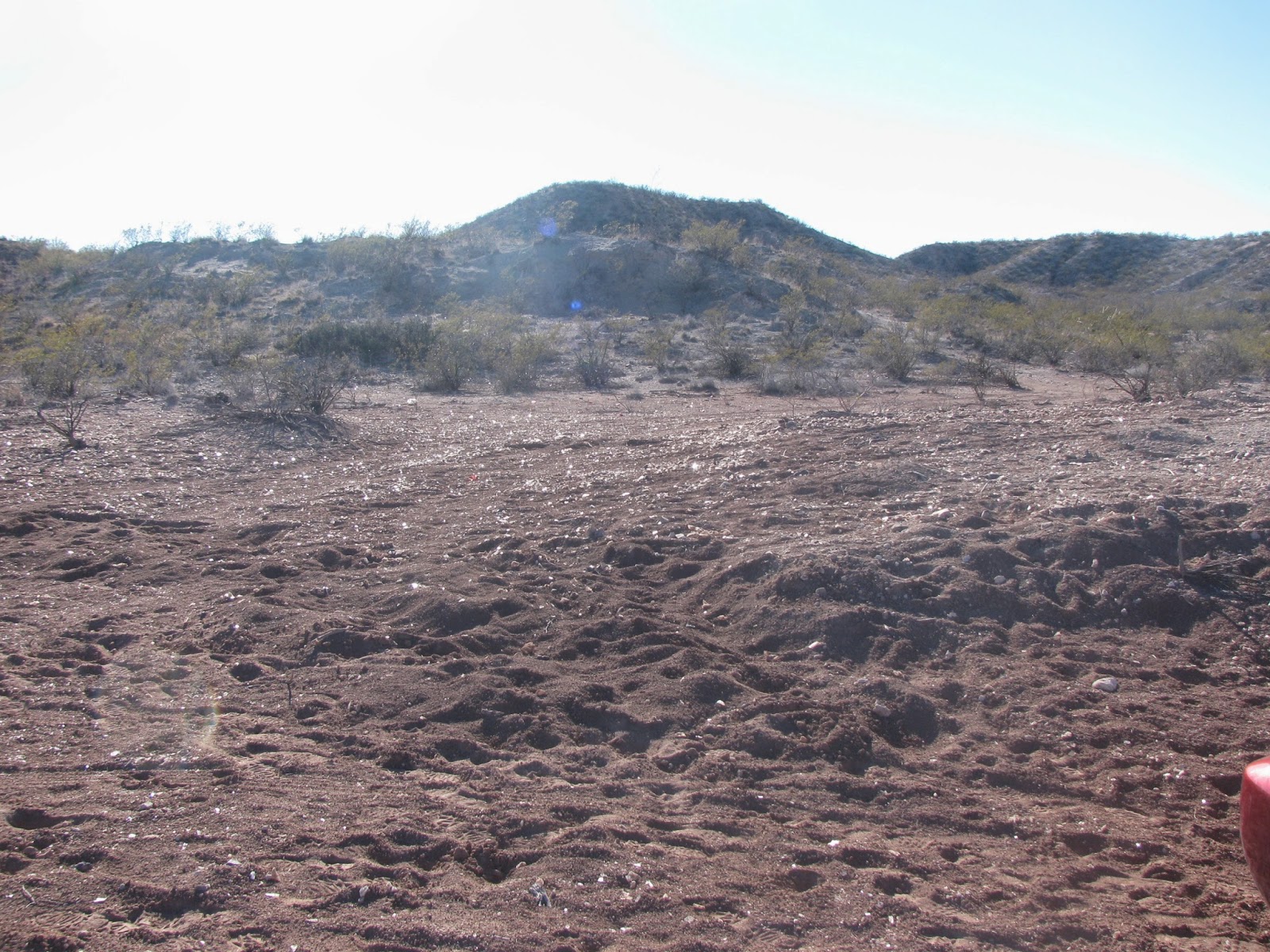 I've been slow about updating my blog over the past few months.  Hopefully I can catch up on all of the places we've been and the things we've done.  Christmas Day we went rockhounding.  Southern Arizona is beautiful in late December, and with no extended family close by we wanted to do something with our own little family.  We decided to go and look for desert roses near St. David, so we packed up, drove out past Tombstone, and turned north to go to St. David.  St. David was named after David Patton, an early apostle of the Church of Jesus Christ of Latter Day Saints (Mormon Church).  A large number of the church members came through Southern Arizona as members of the Mormon Battalion during the Mexican War in 1846, and later came back to settle the area.  St. David is still a small town, so we passed through it quickly as we looked for the turnoff on Apache Powder Road. 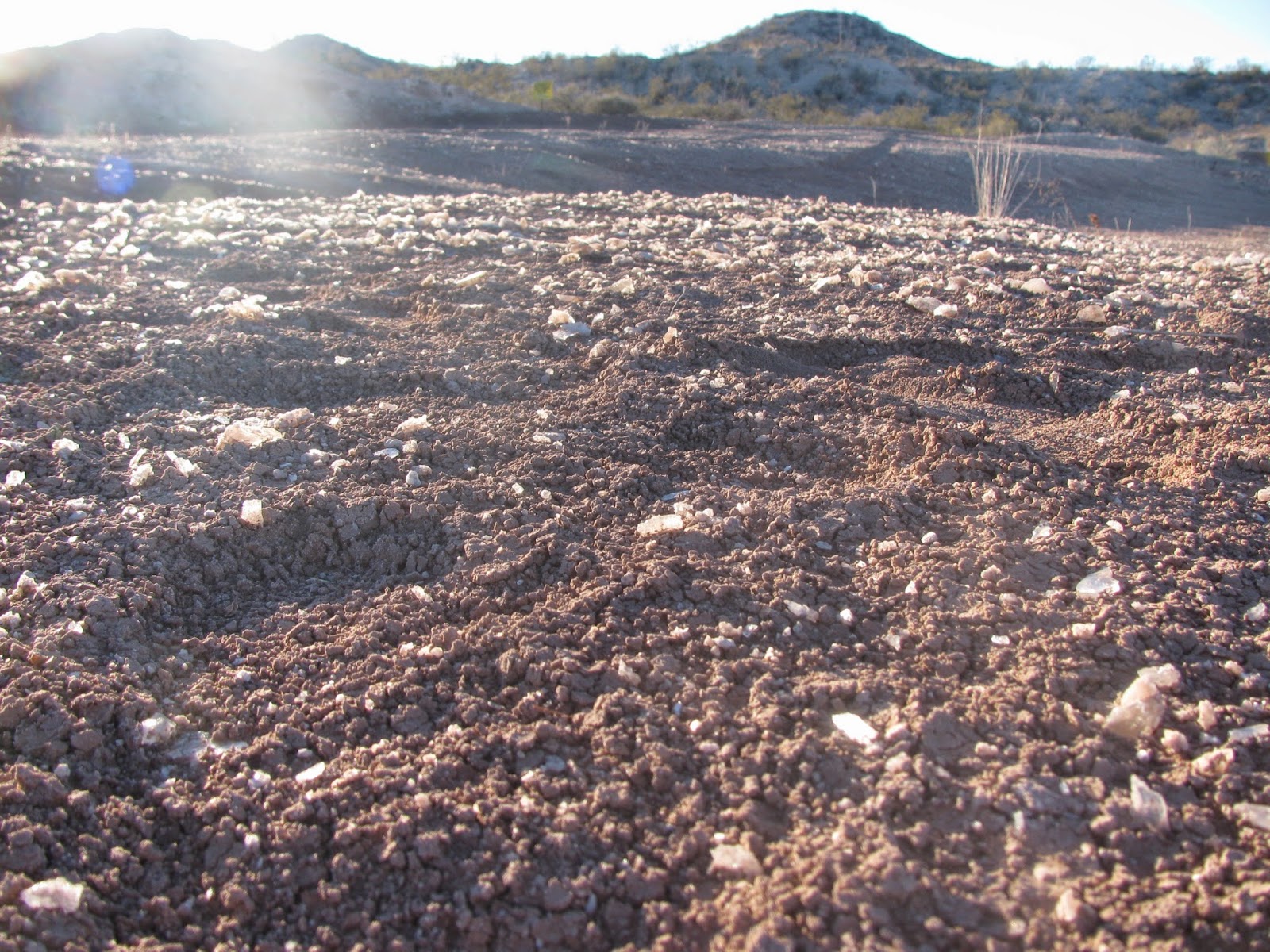 We turned onto Apache Powder, then took several other turns onto other dirt roads, following the directions outlined in an Arizona Rockhounding book we checked out at the library.  Most of the drive was passable in a passenger car, but when we got about 1/2 mile away from our destination we were glad to have the added clearance our Subaru offers.  A wash with a steep hill on the otherside were quickly navigated, but it would have been impossible for a smaller vehicle.  We arrived at the collecting area and saw endless sparkles glistening on the ground in the afternoon sun.  We first thought it was broken glass, but after getting out of the car we saw that it was selenite crystals.  Selenite is a form of gypsum, so I like to think of it as crystallized sheetrock.  The desert roses are clumps of the selenite, forming a ball with fins.  They aren't as easy to find as they used to be as the area has been publicized for a long time and has been well-visited.  We dug in the dirt, chiseled in the nearby bluffs, and scoured the desert looking for roses, but with no success. 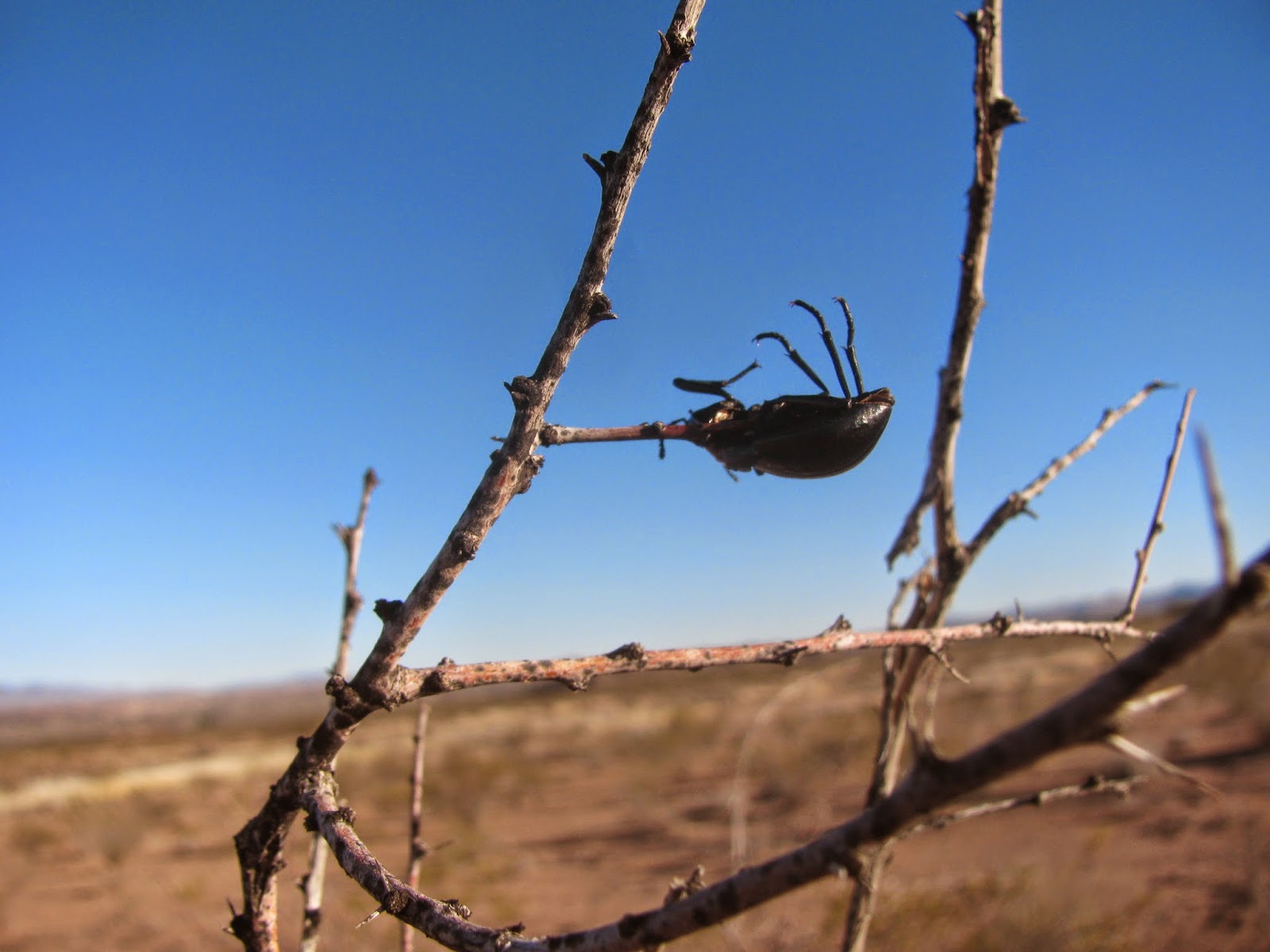 As we wandered through the white-thorn acacia and mesquite, hoping to find an overlooked desert rose or two, I noticed an impaled beetle on a branch on one of the bushes.  Apparently a bird had found beetle, impaled it on the stick, then forgotten to come back and eat it.

Even though we didn't find any desert roses, we enjoyed the hunt and took a few pieces of selenite home to look at.  As a reminder, if you do look for desert roses nearby, please be careful as there have been fatalities due to rockhounding in unstable nearby locations.