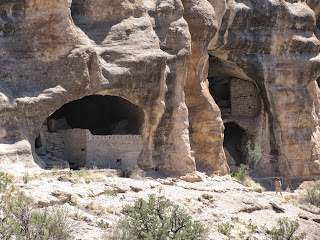 The second hike we went on at Gila Cliff Dwellings National Monument was to see the dwellings themselves. They're on the south side of a cliff and not visible from the road.  The trail is only about a mile long, but it's pretty fun.  The dwellings are not as impressive as those at Mesa Verde or Chaco Canyon, but they are pretty neat nonetheless.  A stop at the visitor center first will give a good overview of the dwellings, their inhabitants, and the area. 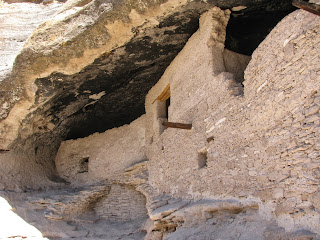 It's really almost one huge cliff dwelling, but there are several smaller alcoves as well that have dwelling ruins in them.  The main dwelling is pretty hard to photograph because of the lighting. 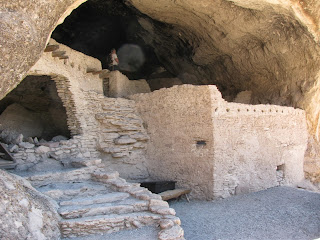 There's a ladder or two that are optional, but we chose to take the fun way and use the ladders. 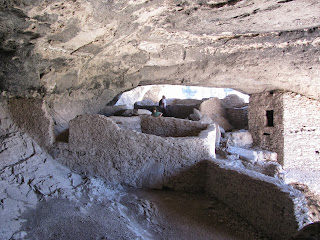 More of the ruins.   The rangers make sure that you don't eat or drink anything while you're in the ruins.  Doing so could attract rodents, which would contribute to the destruction of the ruins. 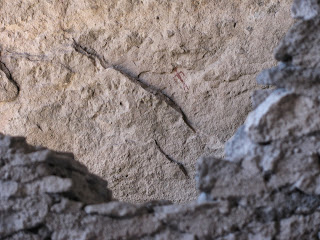 There are also some pictographs that a park ranger can point out to you.  They're hard to photograph as well, unless you have a fancy camera.  This is definitely the most popular trail at Gila National Monument.  The hot springs are another good trail, and the Trail of the Past is the 3rd of the shorter trails.