Ape Cave was another thing high on my list.  It's one of the longest (if not the longest) lava tubes in the United States.  12,810 feet long is the equvalent of 2.4 miles!  There's not many places you can do an underground hike that long! 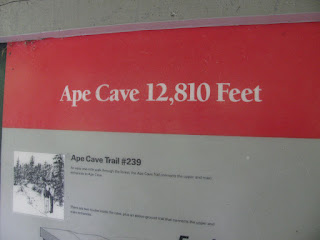 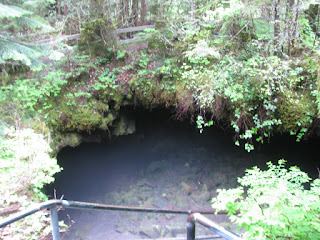 The amazing thing was that the blueish haze in the entrance is actually there.  The temperature and humidity differential between the cave temperature (about 42*) and the outside air causes the fog to be pretty thick right at the entrance. 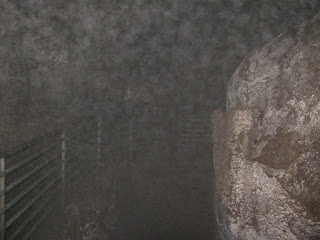 You can see the water droplets in the air- it's crazy how humid it gets. 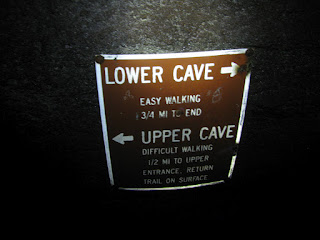 Down some metal stairs,  150 feet or so inside, you have a choice between the upper and lower portions of the cave.  The upper cave is about 1 1/2 miles, with some rockfalls to climb, then another 1 1/2 miles of hiking on the surface back the the parking lot.  The lower portion is 3/4 mile of pretty easy hiking to the end, then you have to turn around and come back. 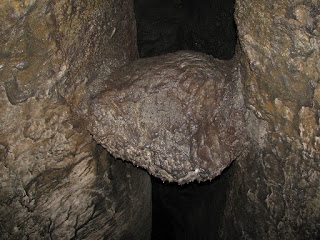 We chose the lower section of the cave and had a great time.  It gets 30-40 feet tall in some spots, and up to 25 feet wide.  It's a really big lava tube.  Near the end there are a few lava "meatballs".  Apparently the lava balls are pretty rare. 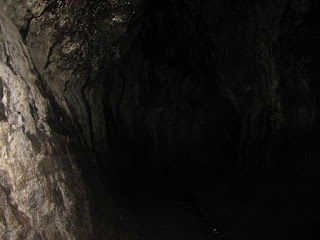 It was tough taking pictures in Ape Cave, but here are a few of them for what they are worth. 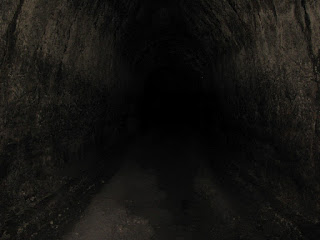 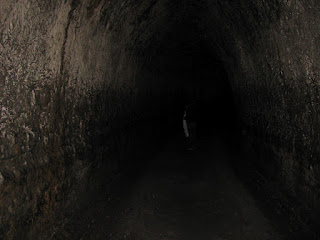 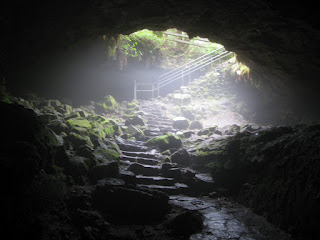 Here's another shot of the entrance on the way out.  I wish we had had time to do the whole thing instead of just the lower end! 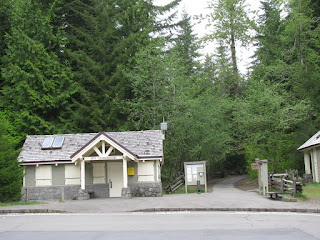 Back at the parking lot, there are restrooms and a small gift shop.  We were there mid-week and the shop was closed.