Saturday we took the canoe up to Cutler Marsh.  We planned our trip earlier in the week to coincide with helping on a move that would be up that way.  On Friday we learned that the move was postponed, but we decided to go to Cache Valley anyway. 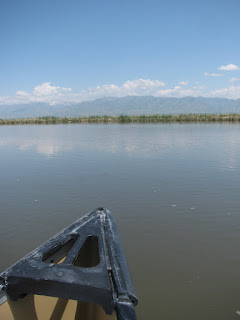 We put the canoe in at the boatramp at the Cutler Marsh Marina.  It's not much of a marina, in fact it's just a boat ramp with a dock alongside.  The sun was shining and it was a beautiful day.  The water is pretty still, but flows with an almost imperceptible current.  It's still early in the year so there were no mosquitos and the swamp grasses and cattails were still small.  Later in the year it would be really pretty with the green grasses. 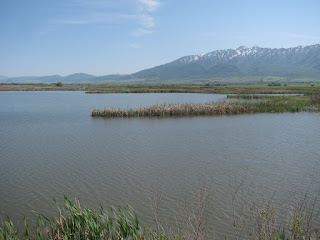 We canoed around and enjoyed the water and gentle breeze.  The peace was shattered as we approached a small island and a small flock of American Avocets exploded into the air.  They flew around anxious at our approach.  Zooming in with the camera, we picked out several nests with eggs. and one with a recently hatched chick. 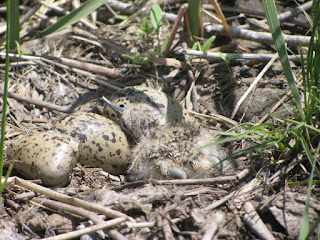 We left the area to avoid disturbing the nesting birds further and watched from a distance as they returned to watch over their nests and young. 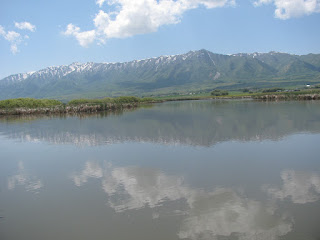 It was a great day to be on the water.  Several other birds were fun to watch as they flitted over the water, diving occasionally at a fish or other tasty creature down below.  In the shallower spots, we watched the wakes left behind by startled carp as they swam for safety. 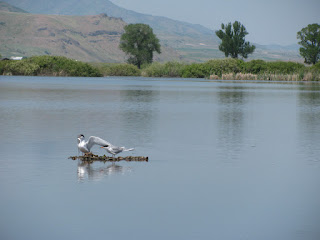 The Cutler Marsh is a fun place to float a canoe.  I'd be interested in coming back to canoe down the Little Bear River or Logan River from a higher access point and spend more time going through the maze. 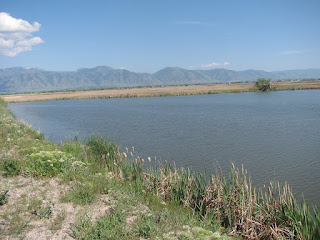