After stopping by Fort Pearce, we drove two- three miles down the road to the Warner Valley Dinosaur Tracks.   The road, although dirt, is in good shape and is accessible by passenger car. 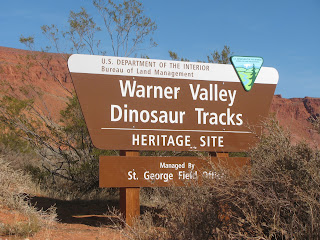 From the parking area, it's maybe a quarter mile walk to the north and east to the trackway. 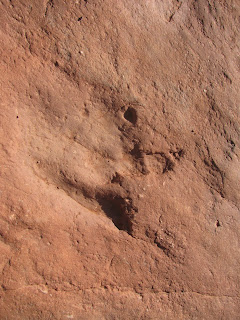 The tracks were originally discovered in 1982, and since then other investigations have revealed countless more tracks.  The last investigation identified over 400 tracks and 23 trackways.  Most of the identified tracks are thought to be from Grallators - meat eating dinosaurs about as big as a man. 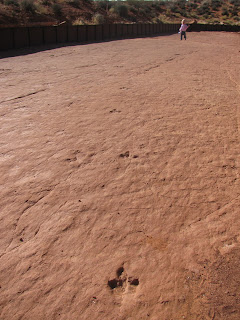 The biggest tracks  (my favorite ones at this site) were from Eubrontes- a large meat eater that weighted 750-1000 lbs, and was about 12 feet tall. 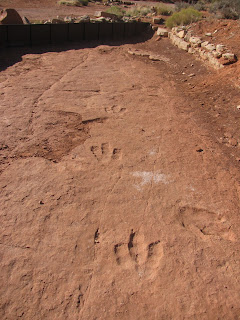