We took a trip down to Southern Utah the end of last week.  Boy was it good to get away!  It seems like it's been forever since I've gotten out!  Our first "adventure stop" was at Mountain Meadows. 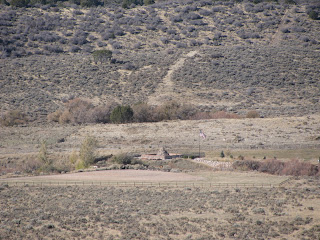 Mountain Meadows was the site of  a black spot in the history of Utah.  In 1857, about 120 emigrants from Arkansas heading to California were massacred here, in part by some of the Mormon settlers.  There's a lot of speculation on what happened, including very biased viewpoints slanted both ways, but the fact of the matter is we won't ever know what the situation really was. 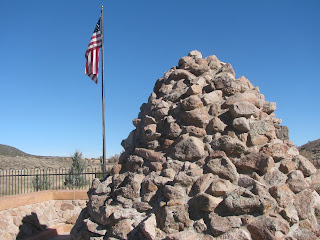 I thought to myself that it's hard to understand why people that had been kicked out of 3 states, persecuted, and had many of their friends killed could do this to others.  But at the same time, it easily could have been such that "We've been kicked out of Ohio, Missouri, and Illinois- we're not moving again".  Either way, the situation was a powderkeg, and the wrong things were said and done by both sides. 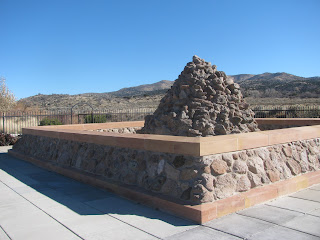 There is now a memorial at the site, with a monument over the bones of the victims.  It's an interesting place to visit that leaves you walking away with a lot of unanswered questions. 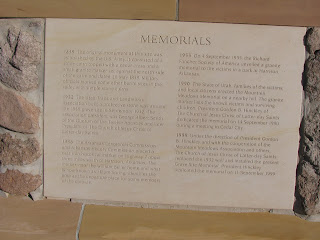