My job transferred me back to Utah for some training. After stumbling on the cave a while back and not being fully equipped to explore it, going back was high on my priority list. I called up some old friends, and put it on the calendar to get out for some caving. One of them cancelled last minute, so he went to work, and we went to play. 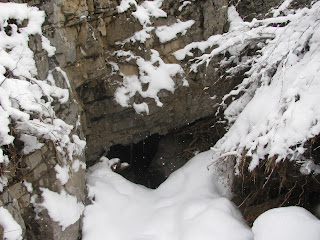 The trailhead was deserted when we rolled in mid-morning. We had a few diversions on the way out, including dropping my family off at my wife's sister's house. We quickly parked, and started hiking in about 2 inches of snow. 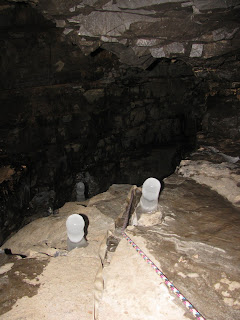 The higher we got, the deeper the snow got, until it was 4-6 inches deep. We found the cave entrance half covered in snow. Peeking inside, there were several icicles hanging from the ceiling and ice stalagmites growing up from the floor. We carefully navigated our way inside, careful not to slip on the ice. We knew that further inside the heat from the ground would keep the water from freezing. 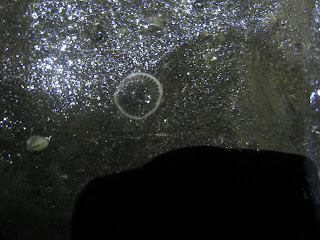 Inside, we quickly downclimbed the 20 or so feet into the first room. Looking along the walls, we found several fossil horn coral. 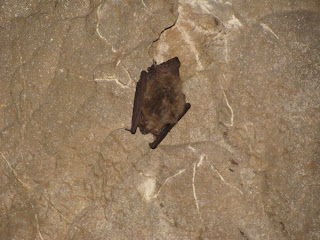 As we shined our headlamps around even more, we noticed a singular bat clinging to the roof. Hopefully he survives the winter. We grabbed a quick picture, then did our best to not risk disturbing him. 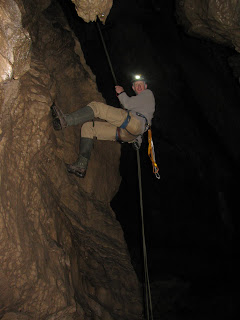 We set up for the real rap, and several minutes later decended into the bowels of the earth. The rap was 50-60 feet, partially free-hanging, with 2-3 ledges on the way down. 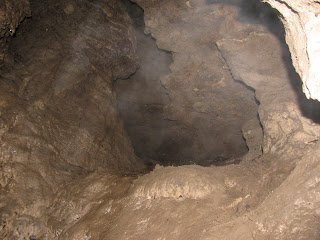 Once on the floor of the cave, we unhooked our harnesses, and went exploring. Two options- up or down. We chose up. 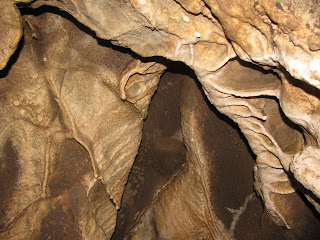 There was a small crack we had to squeeze through, lowdown and crawling in the mud. We crawled through, worked our way higher and higher. There isn't much decoration in the cave, but we found a few pretty cool formations. 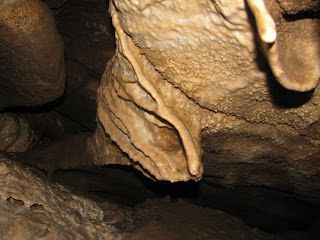 A lot of the formations were dry, leaving me to think that the cave cycles with the availability of water throughout the year: drying through the fall and winter, and weeping again during spring and summer. 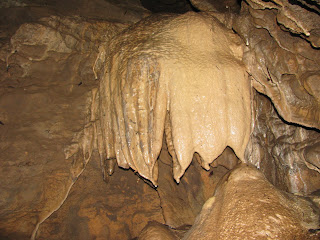 We reached the seeming end of the upper tunnel and turned around and went back. The whole way was pretty muddy and slick. 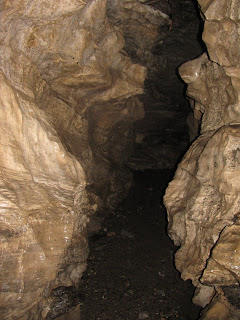 The downstream end had some sculpted walls, but ended pretty quickly as the water seeped into the soil. We walked back to our rope, set up and got to work on my ascending skills. They're not much to brag about. It took about 20 minutes apiece to ascend the rope. There's gotta be a better way than prusiks! 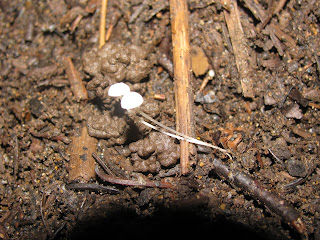 We then found another cave nearby that I'd been tipped off about. Inside, there were some small mushrooms growing. The ave was much shorter, but still very cool. The walls were nubby with harder pieces in the limestone jutting out, while most of the stone arounded was eroded. After exhausting the cave quicky, we poked around a bit for other possibilities. There were numerous sump holes, but we didn't make effort to see if they went further. Instead we loaded our packs and headed back down the trail. 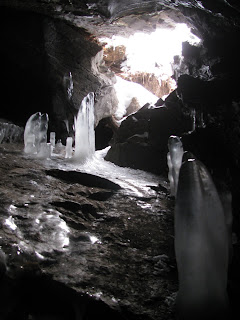 It was a great Saturday. I've gotta go back again!