Deadwood, South Dakota: primarily famous for being the town Wild Bill Hickock was murdered in, as well as his final resting place and that of Calamity Jane. They are both buried in the Mount Moriah Cemetary up the hill (a steep hill) overlooking the city. 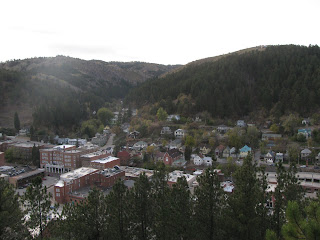 I was rather disappointed in the City of Deadwood and it's downtown. To me it is a city without a soul. It has so much potential to be a great little city in the Black Hills, but instead of being full of bustling little shops, the downtown is essentially one big casino. Amazing old buildings that were built as individual structures have been joined one to another to form the external drapery of roughly a dozen casinos. 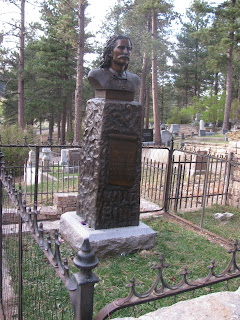 We drove through the downtown, but saw no reason to stop, so headed up the hill to the Mt. Moriah Cemetary. Wild Bill and Calamity Jane are buried next to each other. Unfortunately, the grave sites are difficult to photograph because of the steep terrain. 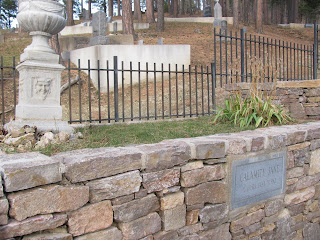 We wandered around the cemetary looking at other headstones as well. Old cemetaries are cool. I like the old graves and wondering about who the people were and what stories they would tell. We spooked up a few turkeys as we wandered. 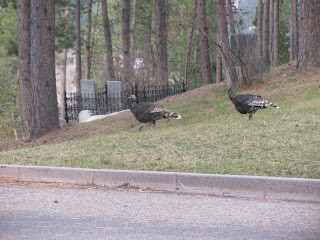