Badlands National Park is beautiful. It's a park that is mostly done from a car. We did a few short hikes to the Notch, the Window, and the Hole in the Wall (or something like that). We also stopped at several view areas to get out and read the signs. 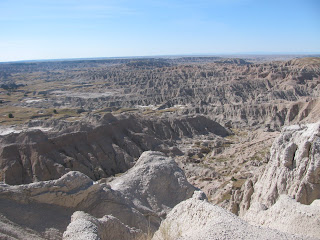 I found it interesting that there is a high plain and low plain portion of the park, with the badlands being the band between the two. The upper portion seemed more dry and desolate, while the lower portion had more grass and vegetation. 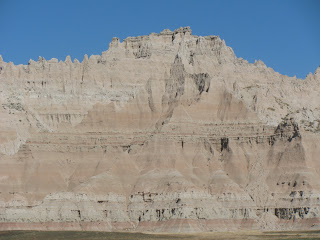 There is a herd of Desert Bighorn Sheep that roam the park. We were fortunate to see some of them. They were resting on the side of the road. 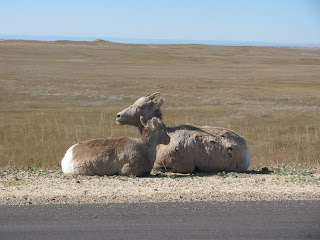 The Notch Trail was the best hike, but I wouldn't put it on a list of best hikes in national parks. 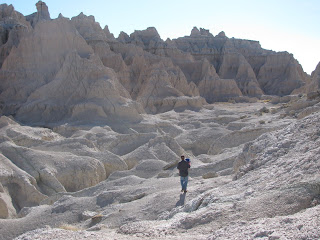 The stair/ladder on the notch hike was pretty cool though. Two cables go from the top of on embankment to the bottom, with large timbers between them, making stairs on the lower end that transition to a ladder at the upper end. 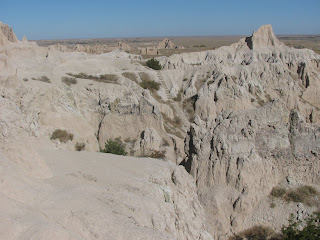 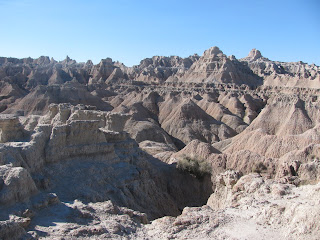 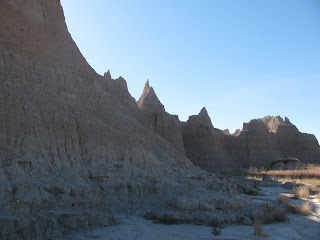 The erosion that shows up at places in the park is pretty impressive. 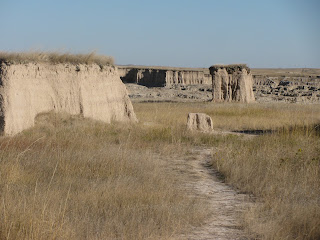 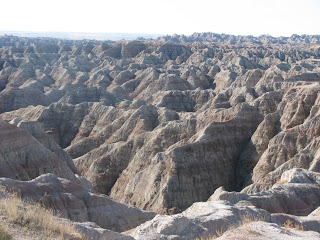