Backpacking in the Snowy Range

We took a short backpacking trip in the Snowy Range on the Gap Lake Trail. The trail starts at the Lewis Lake TH and heads north over the gap and into a basin with several lakes in it. The trip can be as long or short as you want it to be. We made it over the gap, then detoured up to the Shelf Lakes. 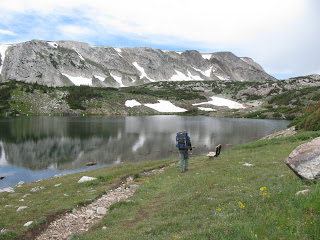 I had heard that there were golden trout in the Shelf Lakes, and planned to try and catch at least one. 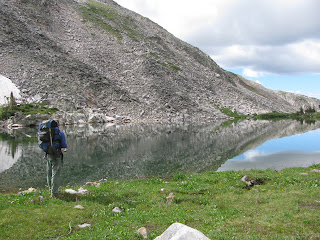 Unfortunately, I didn't see any or catch any. I tried everything, but there just didn't seem to be any golden trout in there. If they're there, they are few and far between. I had much better success with the cutthroat trout, although fishing was best early and late and they didn't bite much mid-day. 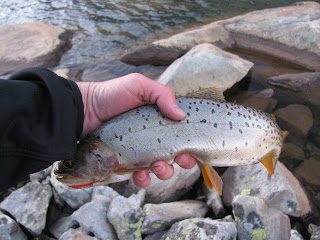 We hiked to a few other lakes in the area. Plenty of fish were rising, but I didn't bring my pole with me on the hike. 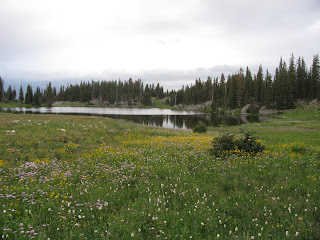 It was fun just roaming through the forest and looking around. 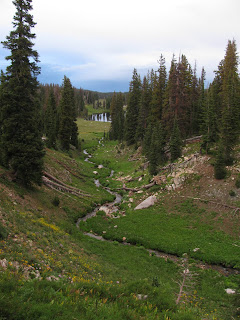 The wildflowers were beautiful though. Everywhere was full of wildflowers, but the areas along the streams and near lakes were the most colorful. 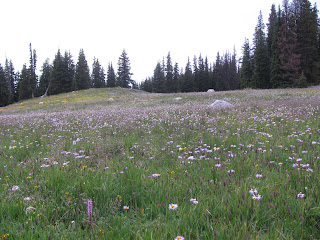 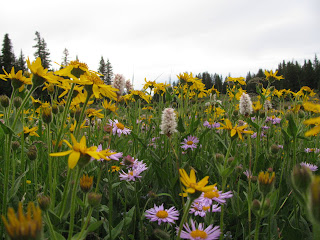 After staying overnight, we hiked back out the next day. The Shelf Lakes were beautiful though! 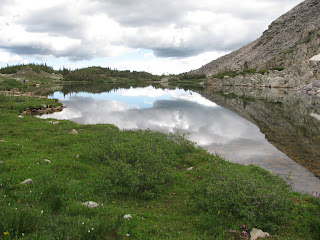 On the way out, we looked across North Gap Lake at Medicine Bow Peak. We wanted to try the peak, but it seemed like storms were moving in. 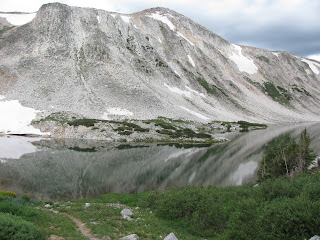 As we decended from the gap, we could see several lakes and Sugarloaf Mountain near the trailhead. The Snowy Range is definitely beautiful. The further in you get, the less people you see. 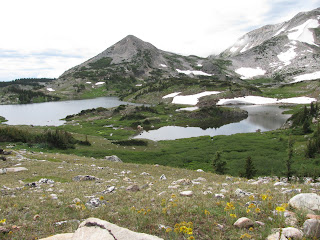