The Carbonated Springs of Manitou Springs

Manitou Springs is a pretty cool little town. We found by chance the reason it is named Manitou Springs. There are quite a few springs there, and not only that, they are carbonated springs! The city has worked hard to bring out a spring walk, showcasing many of the different springs. Each one has its own taste and carbonation level. There are about a dozen that are open to the public for viewing and tasting. It's really quite cool!

Manitou Soda Springs is in the lobby of a downtown building. I thought that it's fountain was pretty cool. The water here wasn't too bad. I do have to say that even though you expect the carbonation, it really is something else the first time you try it. 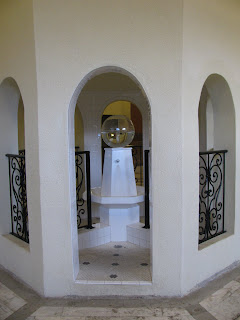 Ute Chief Spring is on the west end of town. It's a private spring, but open to the public. I thought its water was the best tasting. The plaque says it's good for lemonade. 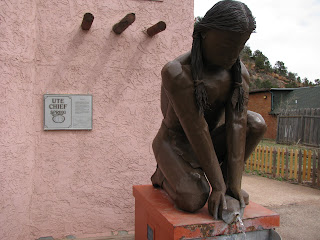 Seven Minute Spring was pretty cool too. The water here was the most carbonated of the ones I tried. We ended up making some rootbeer with it. 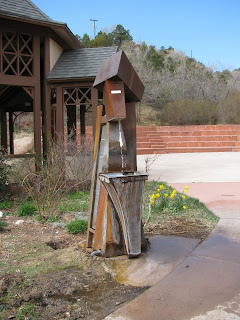 Iron Spring was the most nasty tasting spring there. There's gotta be a better way of fixing an iron deficiency than drinking this water. 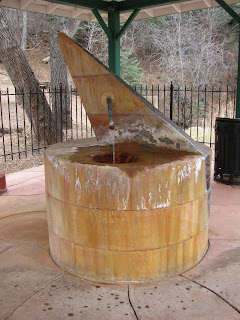 I thought the color in the bowl was pretty colorful. After seeing this, does anyone have any guesses why it is named Iron Spring? 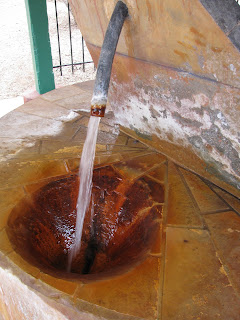