It's gonna be a good summer! Last week I finished patching the canoe- the rest of the repairs were pretty easy. Ever since the last hole was fixed, I've been wanting to make sure I got them all. Last night we finally were able to take the canoe out for a dip. We loaded the canoe on the car, and headed over to Dixon Reservoir. I carried the canoe down the hill, and Ash got everything else. We put the canoe in the water, loaded everything in, and shoved off. We started lightly paddling toward the NW corner to get out of the wind, and try to catch some fish. Initially, I made sure there weren't any big holes. Once we made it over there, I carefully looked for any small leaks while Ashley was fishing. There aren't any holes or leaks! This is the best thing since sliced bread! 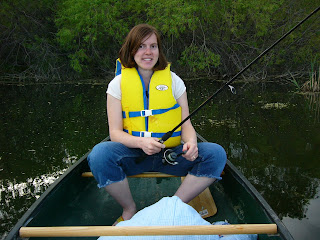 Ash fishing & having a good time.

Ash caught 2 fish with a fly she tied (one she had never caught a fish with). I missed a few, and it looked like I was gonna get skunked. 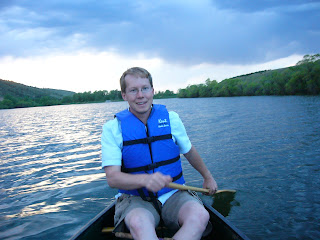 Then I decided that I wanted to paddle a bit instead of sit around fishing, so we started paddling. I caught 2 fish while we paddled around. Ash on the other hand caught a bunch of weeds. 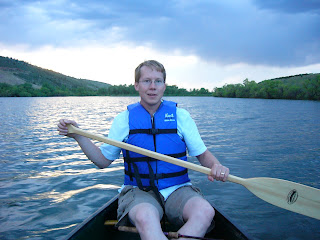 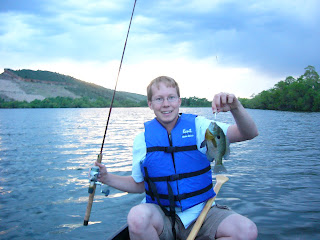 Me & the big fish of the night.

We made it about halfway around the lake when the wind started to pick up and it started to get dark, so we called it a night. Making it back to where we wanted, we were paddling against the wind. It's a lot easier to go with the wind. Ultimately we went to shore early so we didn't have to paddle against the wind and the waves. It was dark when we tied the canoe back on top of the car to head for home, but it was such a blast that we're definitely heading out again soon.